Planet Disintegrates Because of Stellar Flare 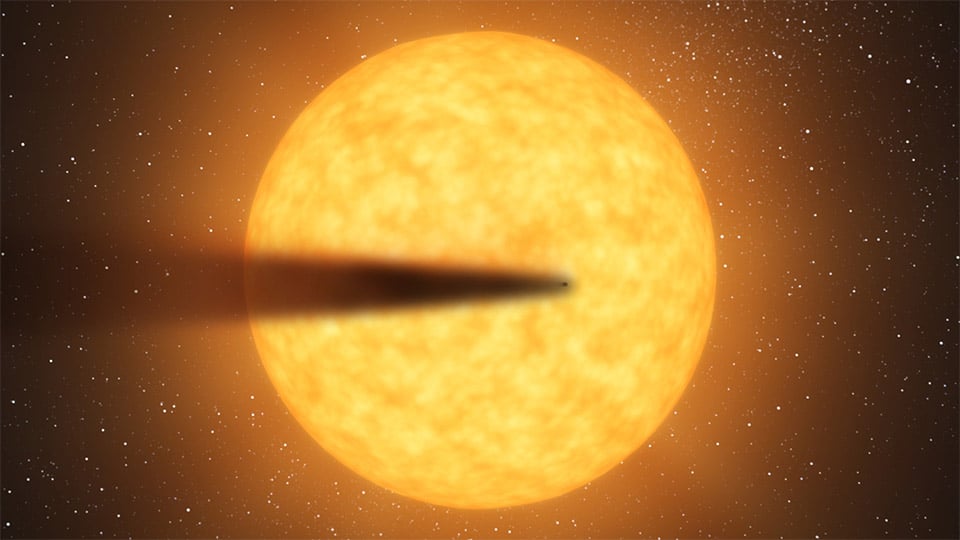 Many Preppers will tell you that solar flares are a constant danger. While the Earth is well protected by our planet’s magnetic fields, other planets may not fair so well. One planet — with the catchy name of KIC 12557548b (we’ll call it “KIC-b”) — learned of the dangers of stellar flares firsthand recently because the planet is slowly evaporating as the result of a stellar flare from it’s host star. The Kepler telescope has watched as KIC-b’s disintegration, which is detected because the planet is blocking less and less light, with a telltale trailing off of brightness indicating a tail of debris.

So, if you’ve been thinking of traveling to KIC-b, bring plenty of sunblock and water. Those Preppers may have been right after all!