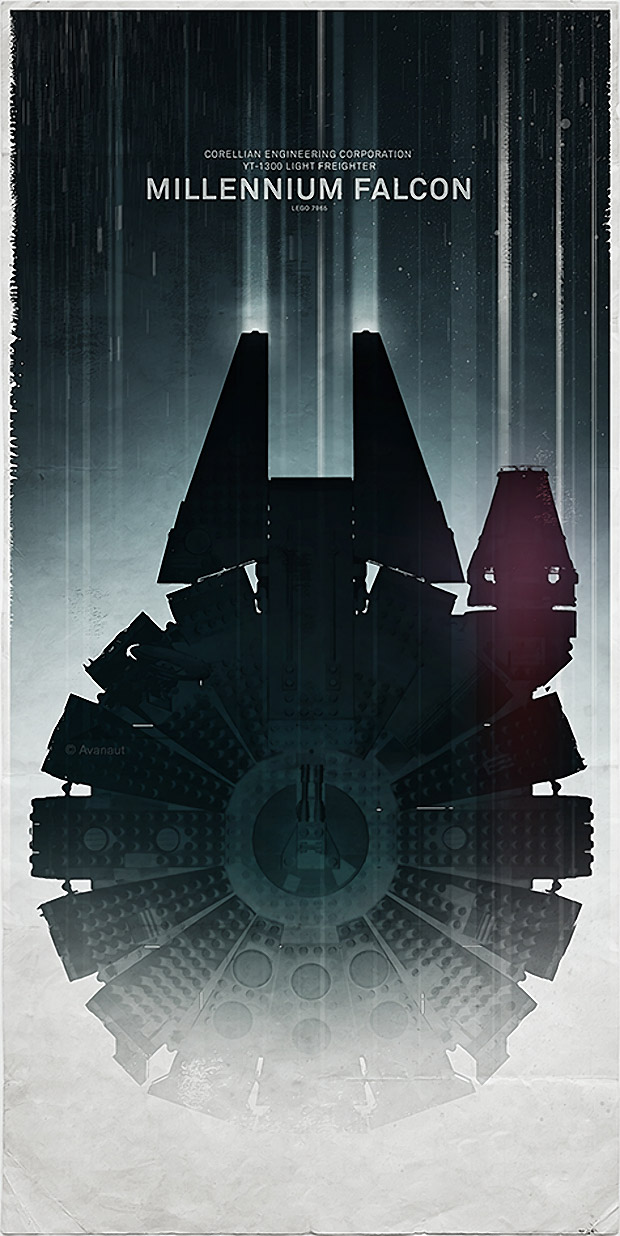 Vesa Lehtimäki (Avanaut) has created some great posters with silhouette images of the Millennium Falcon and other ships from the Star Wars universe. With this image, he redid one of his Millennium Falcon images but used a LEGO model of the ship instead of the Finemolds’ 1/72 Millennium Falcon model he used in his other images. We like the results, which are imposing and whimsical at the same time.

Lehtimäki points out in his description that he used the 7965 LEGO Millennium Falcon model instead of his preferred USC 10179. Unfortunately, he was only able to find the USC 10179 available on eBay for $12,500. Seems like it’s time to dig through our old LEGO sets and see what’s in there!