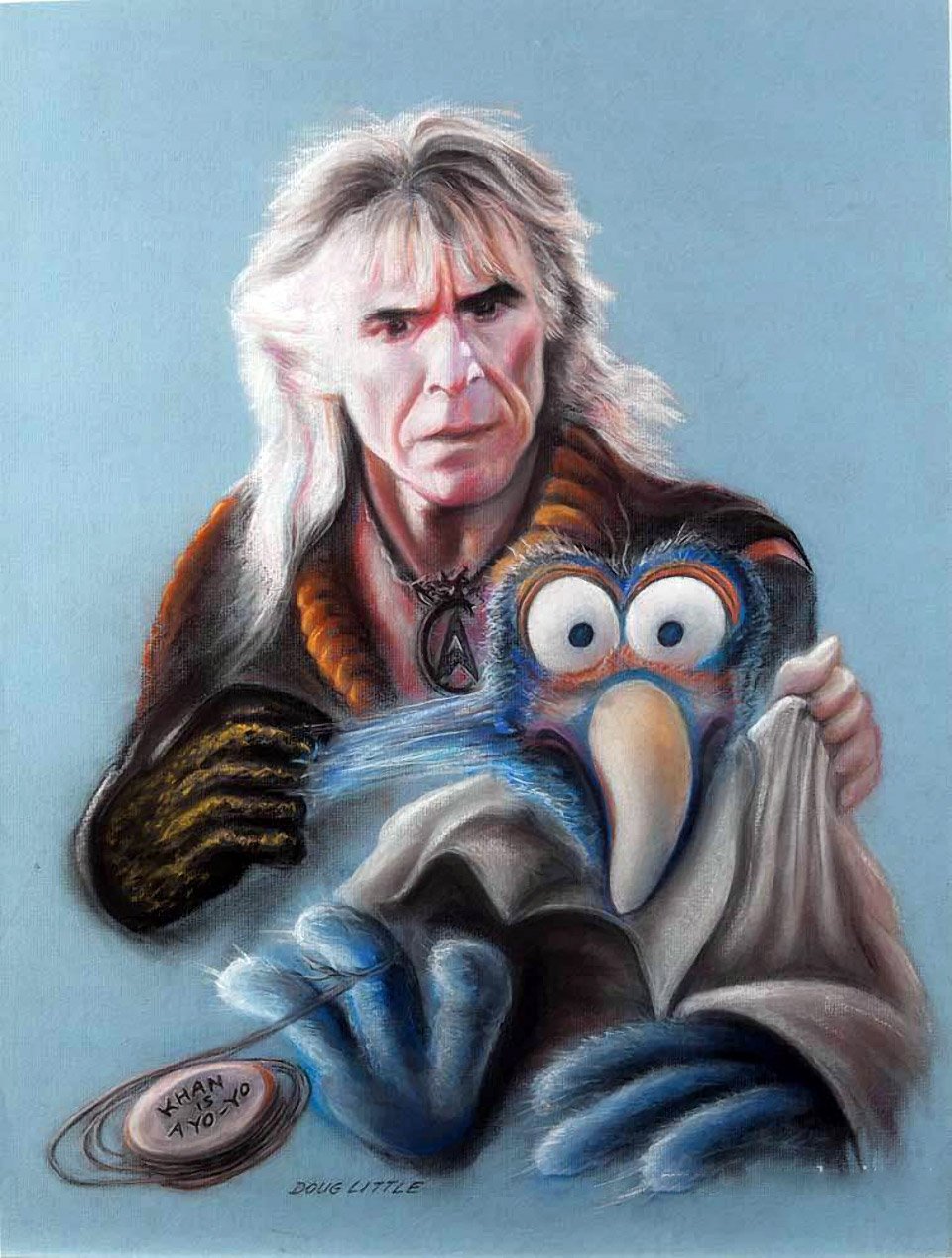 Artist Doug Little created this set of somewhat disturbing chalk illustrations to commemorate the release of Star Trek II: The Wrath of Khan. We don’t understand how some of these pairing were conceived. Khan and Gonzo (Khanzo?). And why is Mr. Spock performing a Vulcan mind meld on President Nixon? Searching for the lost 18 minutes of audio?

We especially like the political poster for the Khan/Vader ticket, or would it be Vader/Khan? Either way, you know they’d have big outside money backing their campaign. But let’s not forget the musical duo, together once again, Captain James T. Kirk and Khan Noonien Singh with their song stylings, apparently appearing on Solid Gold. 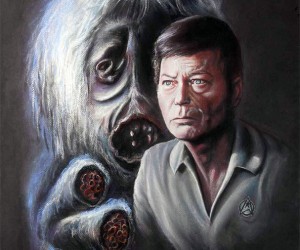 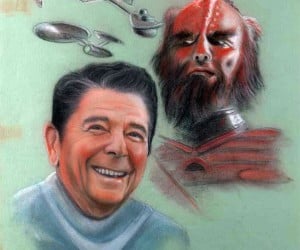 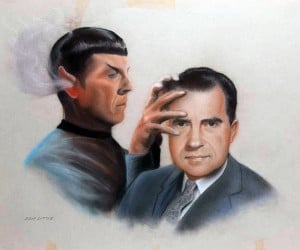 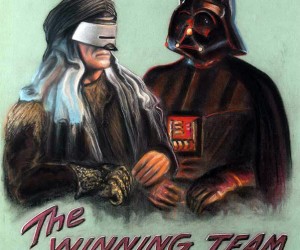 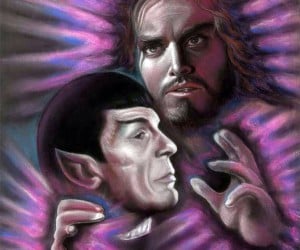 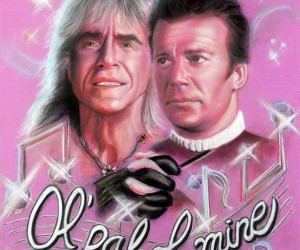