Remember those little “talent tests” you used to come across in magazines and matchbook covers (we’re dating ourselves here), like “Draw Tippy the Turtleor The Pirate? Well, professional comic book artist Todd Nauck takes that concept much further by sharing video tutorials on drawing comic book characters. We previously posted a video where he showed how to draw Harley Quinn. Nauck now returns with this three-part video showing how to draw Spider-Man. The videos are sped up to 150% of normal time — he’s not quite that fast.

Nauck has worked on many Spider-Man comics over his career, including Friendly Neighborhood Spider-Man and Amazing Spider-Man. During his videos, Nauck answers questions from his fans about his process and walks through the whole process from the initial pencil-sketch, to inking and shadowing and coloring the sketch with Copic sketch markers. He also pulls out a Pentel White Out correction pen to draw the spiderwebs over the black background.

This guy is amazing talented. Now, we’ll go back to trying to get Tippy the Turtle right. 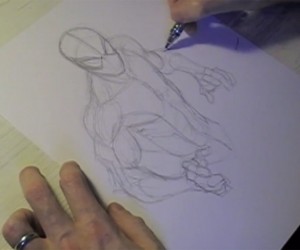 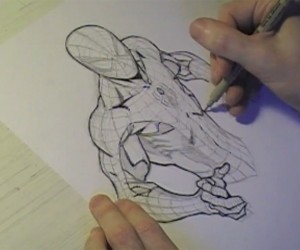 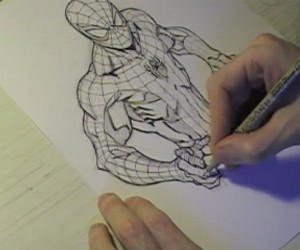 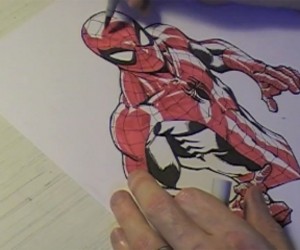 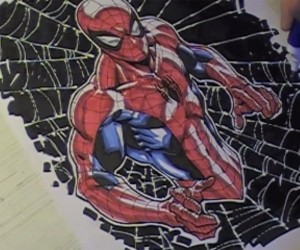 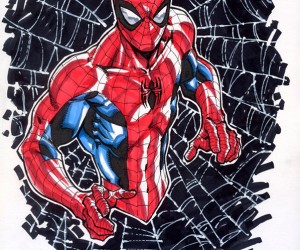