This amazing wookiee costume stands over 8′ tall and was based on Tarfful the Wookiee chieftan from Star Wars Episode III: Revenge of the Sith. It was crafted by YouTuber plaigeous and we think somebody should be talking to this guy for the new Star Wars movies now.

As he describes the costume: “This costume test was to see how an 8′ 2” wookiee costume would work in a practical way. Overcoming the difficulties of running, fighting, kneeling, rough terrain, etc. whilst wearing 15 inch stilts. Shooting on a Red MX camera it was also important to see how something this large would be framed in shot with other characters and how to light it correctly. The costume is based on Tarfful the Wookiee from Star Wars Episode III: The Revenge of the Sith.”

“It was made by me in my workshops in Ireland. It consists of an underskull with moving jaw which activates the sound system. There is also a muscle undersuit which bulks out the hand latch-hooked hair outersuit. The stilts are heavily modified plasterers stilts cast inside huge rubber feet that articulate when walking to help with a more natural gate.”

For additional information and pictures of the creation of the suit, see the RPF forum. And check out the short video below of Tarfful shaking his rug. 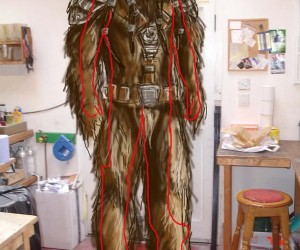 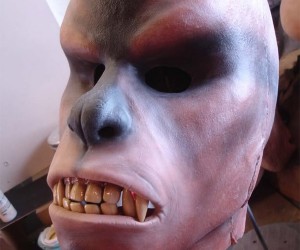 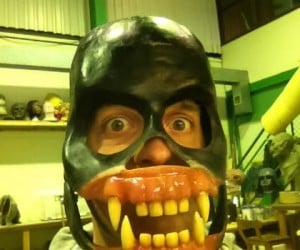 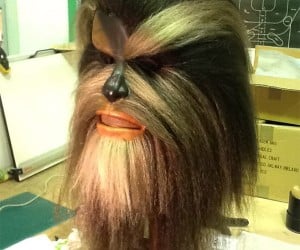 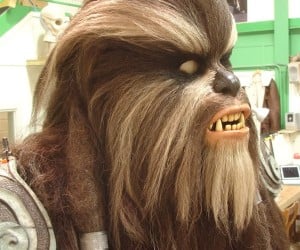 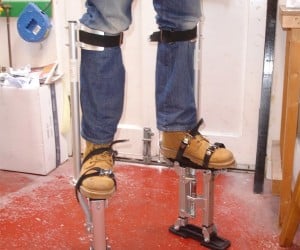 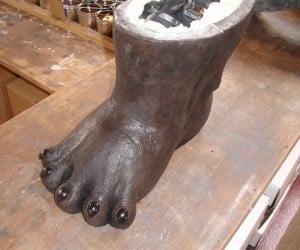 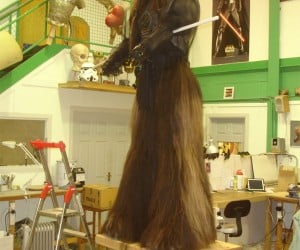 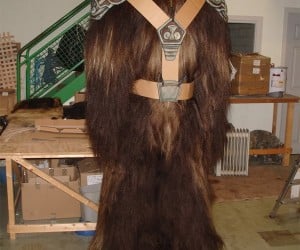 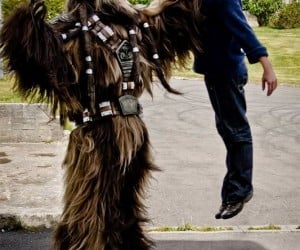 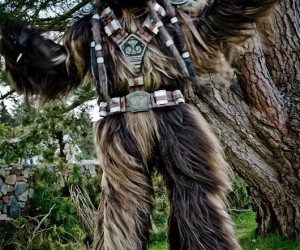 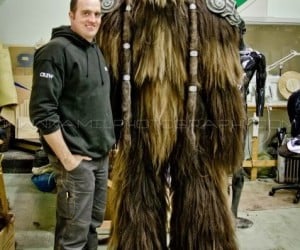