The Man Who Fell to Earth: 35th Anniversary

Railto Pictures is celebrating the 35th anniversary of the science fiction film The Man Who Fell to Earth, starring David Bowie. Here’s the trailer for the 35th Anniversary re-release. We saw this film at an art house theater in college and still don’t understand what happened. Perhaps it’s time for a rewatch.

If you live near Milwaukee, Wisconsin, you can watch it in the UWM Union Theater September 27-29. The film was re-released by Rialto Pictures in 2011. Read a recent review of the film on KPBS, which read, “The Man Who Fell to Earth reminds us of the truly independent and challenging films of the 70s. It’s a spirit being rekindled by today’s digital technology that makes it cheaper and easier to create a film and defy conventions. Audiences may not have embraced this savvy and complex film 35 years ago, but now they have a second chance to appreciate its virtues.”

No word on a DVD or Blu-ray version of this 35th anniversary re-release, but you can pick up the Criterion Collection version on Amazon. 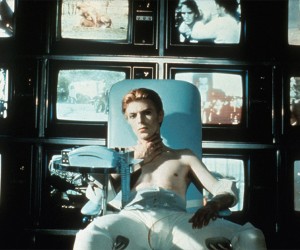 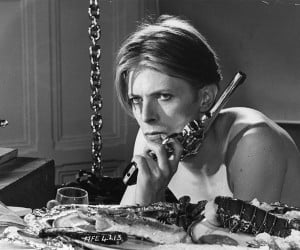