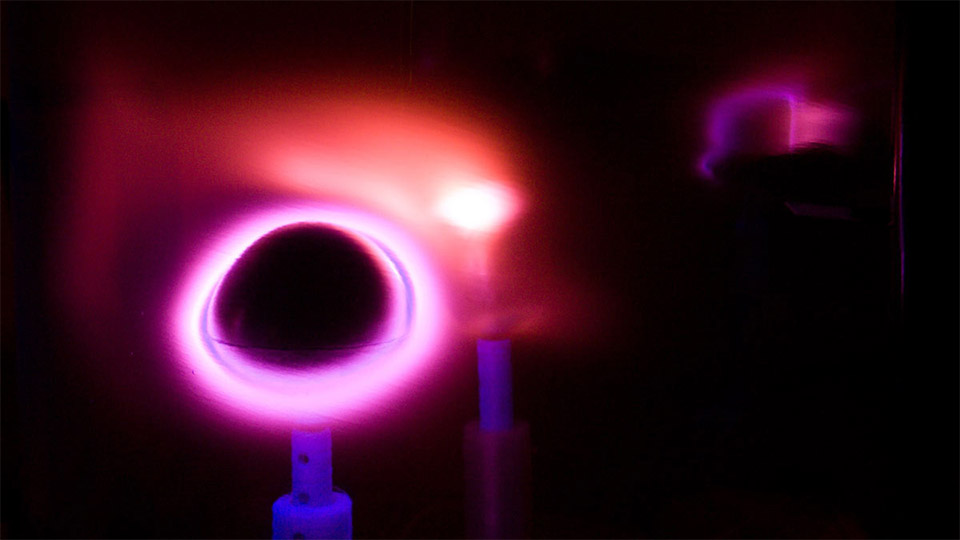 Guillame Gronoff, a NASA scientist at NASA’s Langley Research Center, has managed to catch lightning in a jar. Well, not exactly, but he has been able to recreate the Aurora Borealis in a glass jar. Gronoff created a large glass dome, known as a “Planeterrella” which contains a magnetic field, a charged particles, and a sphere which recreates the magnetic fields of various planets, including that of Earth. The Planeterrella is on display at the Virginia Air & Space Center. 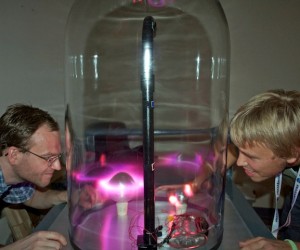 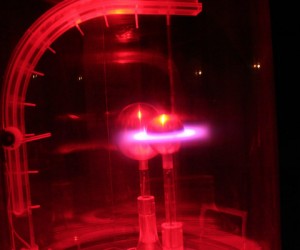 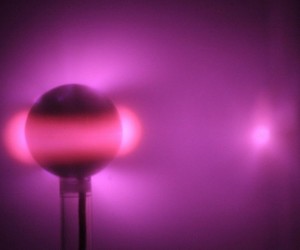 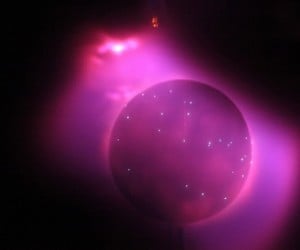 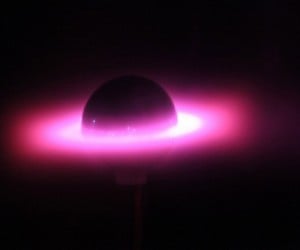 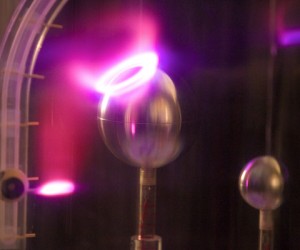