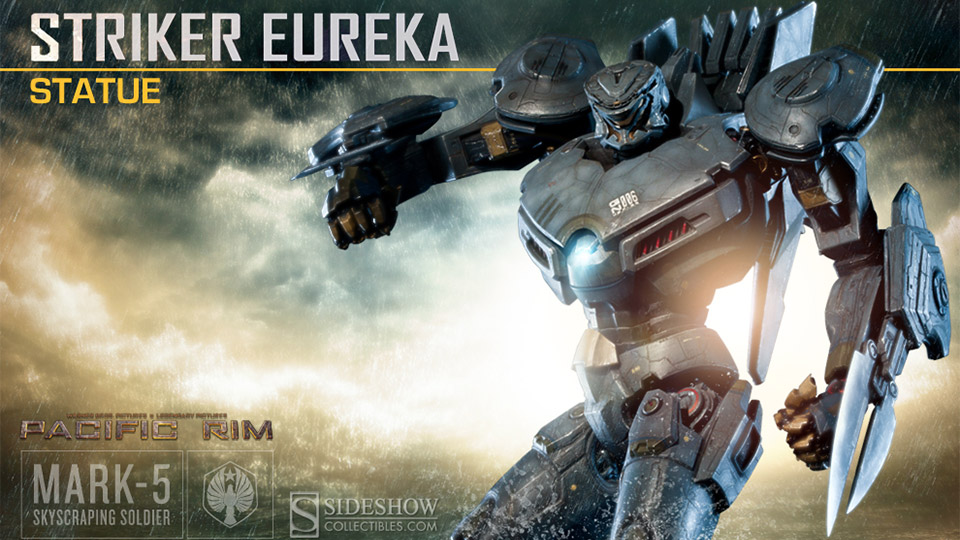 Pacific Rim director Guillermo del Toro worked together with Sideshow Collectibles during the design of the Pacific Rim kaiju and Jaegers and was able to use those pieces form the film to create some amazing collectible statues. We’ve already seen first collectible Jaeger, Gipsy Danger, The Steel Titan, and the first collectable kaiju, Slattern. Sideshow Collectibles has just announced the pre-order availability of the next Mark V series Jaeger: Striker Eureka.

“A powerful combination of technology and human willpower, we’ve brought the Skyscraping Soldier to life with the Striker Eureka Pacific Rim Statue, enhanced with an expertly detailed paint application and brilliant red and blue light-up features. Piloted by father and son team, Herc and Chuck Hansen, Australia’s pride and joy is more than prepared to battle humanity’s greatest threat, the onslaught of ferocious Kaiju. Striker comes equipped with high impact Brass Knuckles, deadly twin thermal Sting-Blades, and a six-barreled chest missile launcher, making him truly a force to be reckoned with!” 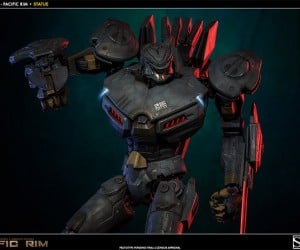 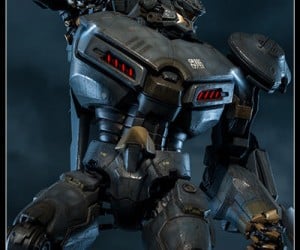 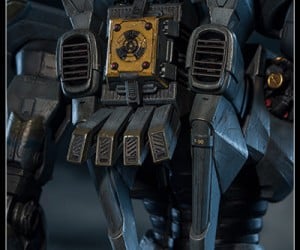 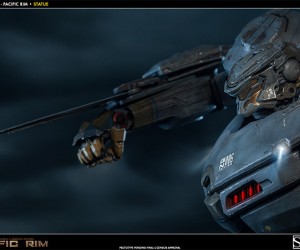 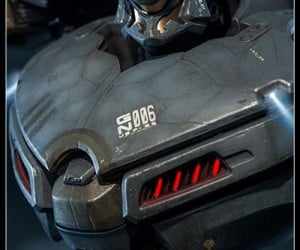 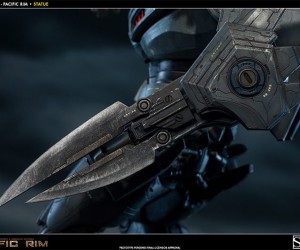