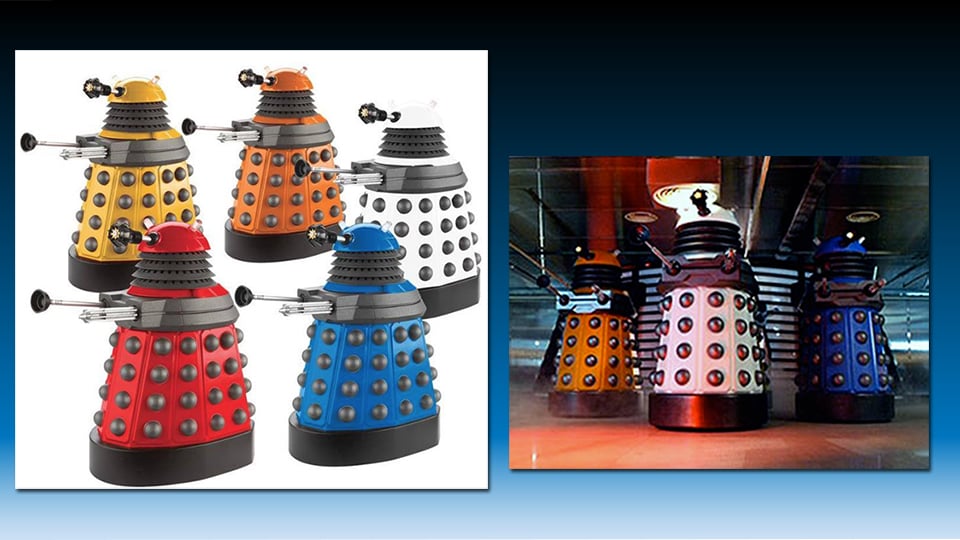 Underground Toys has announced the availability of its new series of Doctor Who Dalek Paradigm 6″ action figures.

The Dalek Progenitors contained the genetic coding of the race and were led by the white-cased Supreme. Those progenitors also included and include the enigmatically titled yellow-cased Eternal, blue-cased Strategists, orange-cased Scientists and the red-cased Drones. Collect all five of the supreme beings. Detailed 6-inch scale Dalek action figures.