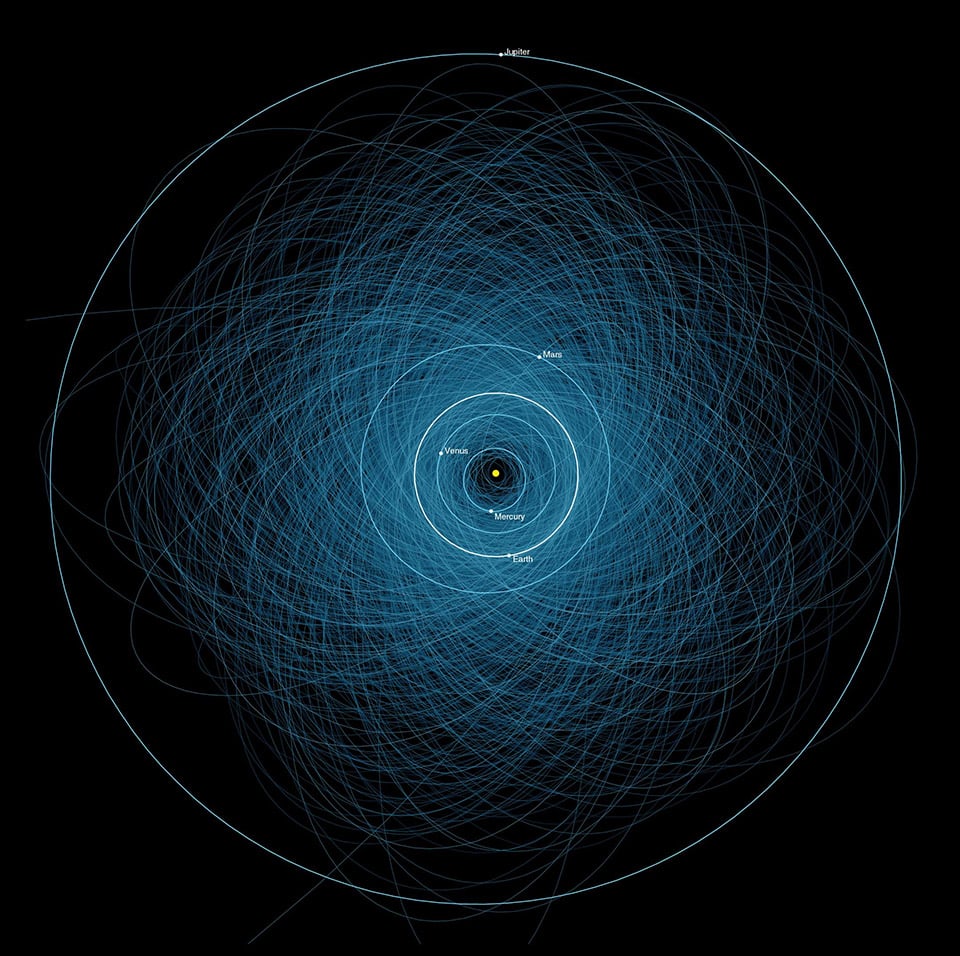 NASA released this amazing graphic showing the orbital paths of more than 1,400 “potentially hazardous asteroids.” Fortunately, none of these are a worrisome threat over the next 100 years. Looks like Bruce Willis can stand down for the time being.

As described by NASA: This graphic shows the orbits of all the known Potentially Hazardous Asteroids (PHAs), numbering over 1,400 as of early 2013. These are the asteroids considered hazardous because they are fairly large (at least 460 feet or 140 meters in size), and because they follow orbits that pass close to the Earth’s orbit (within 4.7 million miles or 7.5 million kilometers). But being classified as a PHA does not mean that an asteroid will impact the Earth: None of these PHAs is a worrisome threat over the next hundred years. By continuing to observe and track these asteroids, their orbits can be refined and more precise predictions made of their future close approaches and impact probabilities.