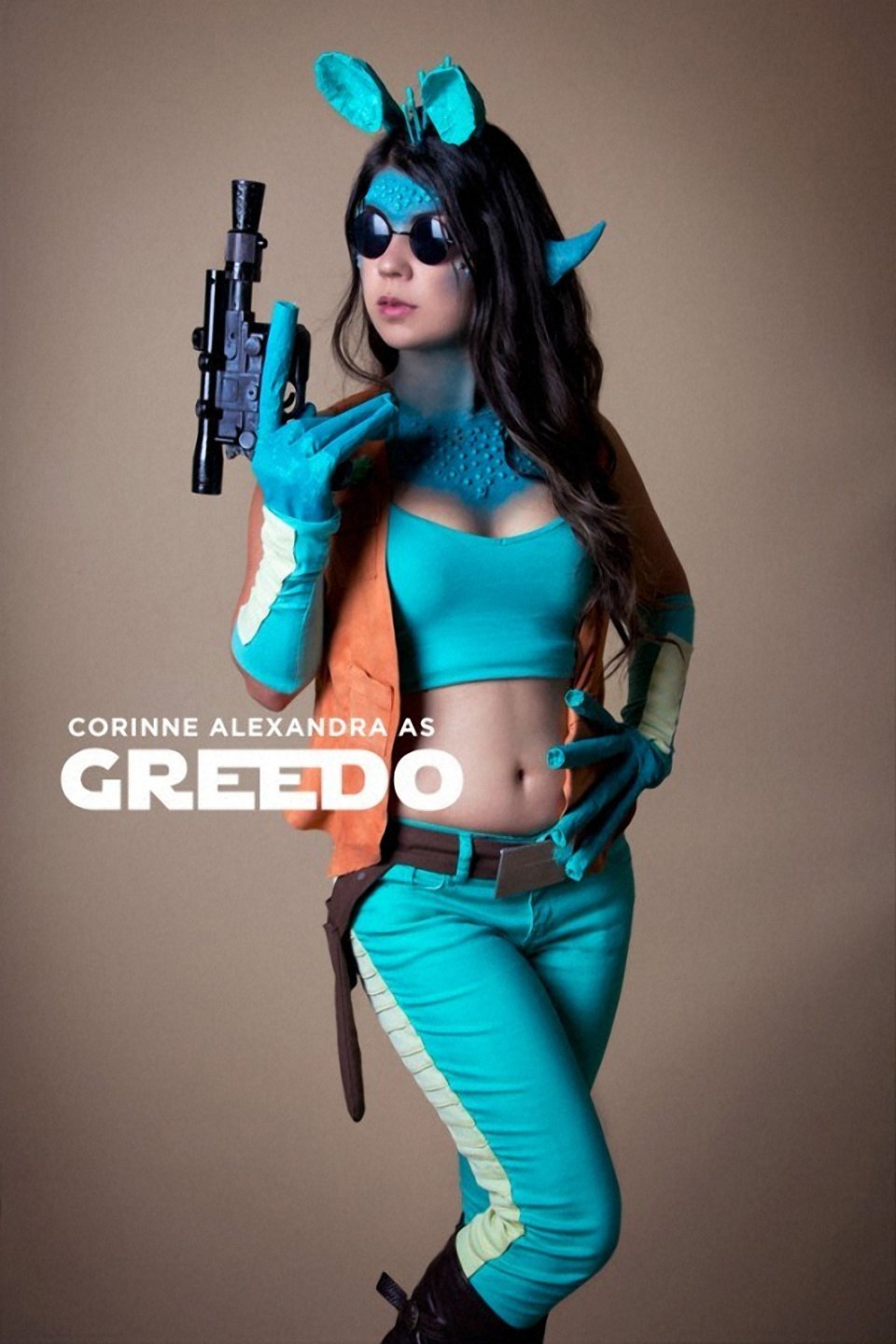 Han Solo would have never shot first if Greedo had looked as good as Corinne Alexandra does in her cosplay costume. Greedo rarely gets much love in the world of cosplay, so we’re glad to see Corinne doing such a great job on this. In her non-costumed time, Corinne is the creative force behind the site Stuck With Pins. She’s also known for her Chewbacca cosplay and we look forward to seeing what character she tries next. May we suggest perhaps a Tauntaun, let’s see her make that look good! 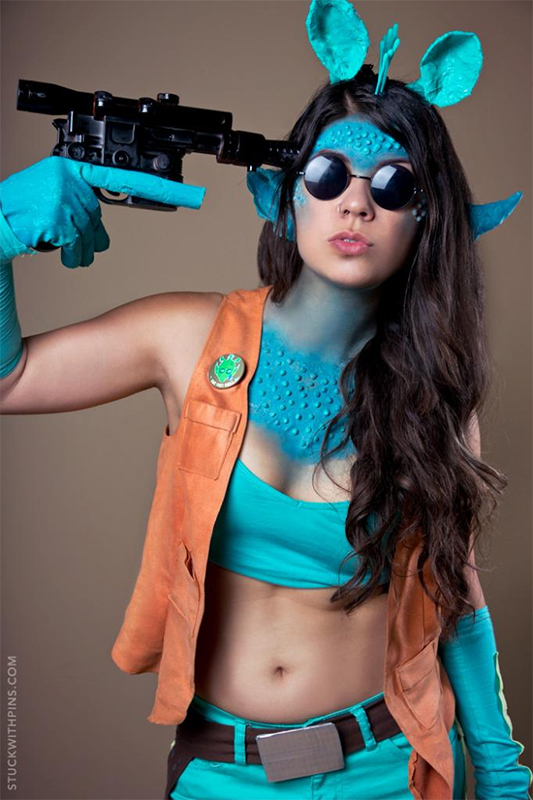 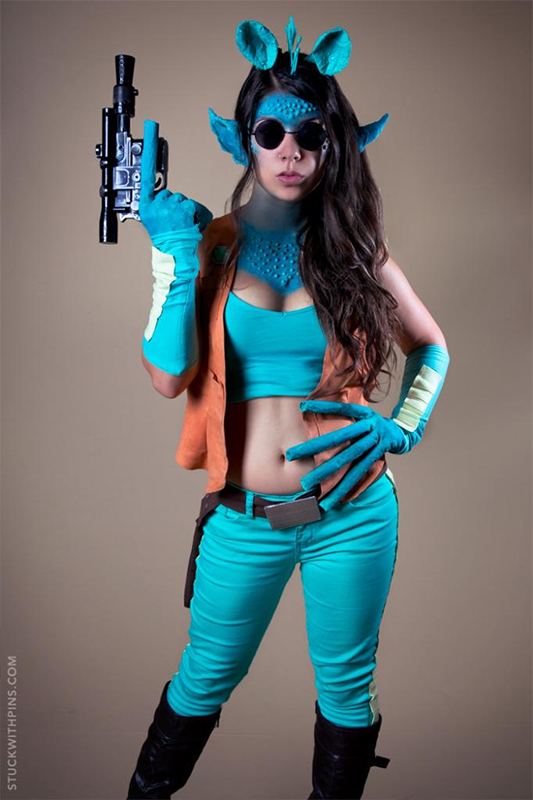