Depiction of the Abundance of Elements in Our Universe 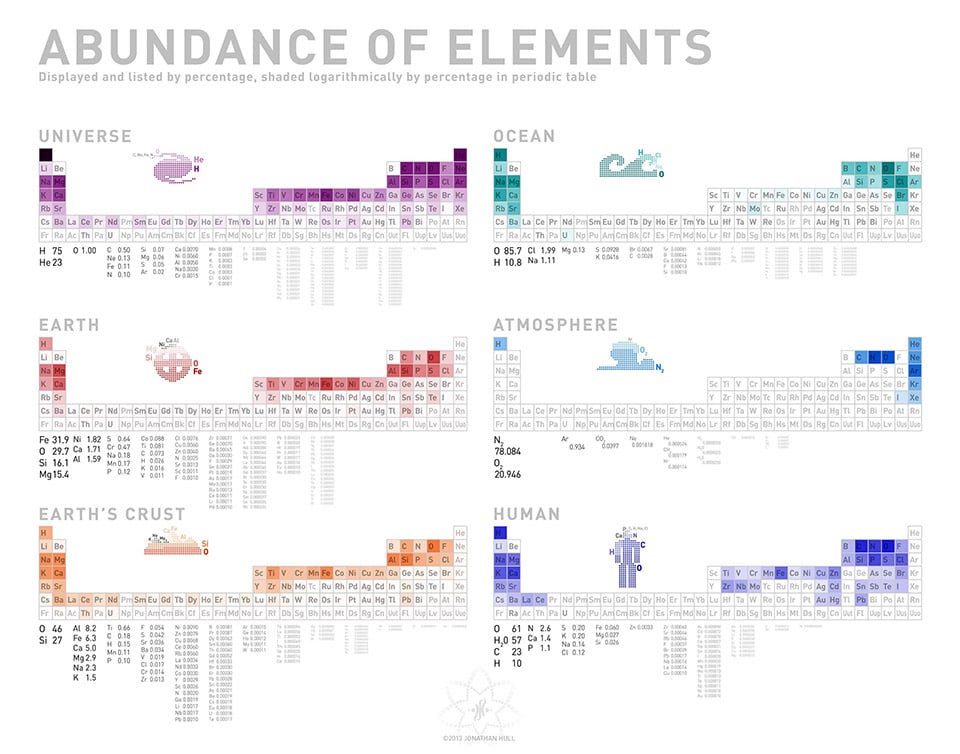 Graphic artist jonathanorjack created this simple yet informative infographic showing the abundance of elements throughout the universe. The graphs show the elements listed by percentage, shaded logarithmically by percentage in a period table style for the universe, the oceans, Earth, the atmosphere, Earth’s crust, and humans.

The artist describes the infographic: “This is just a basic display of the abundance of elements in the known universe, the Earth, the Earth’s crust, the ocean, the atmosphere, and the human body. The graphic includes a more or less basic percentage breakdown image, as well as the occurrence on the periodic table (shaded logarithmically so as not to miss out on the elements with smaller proportions). The atmosphere breaks down mostly into compounds and the human chart also includes the average incidence of water, iron occurrence there is also a noted average as there is a particular difference between men and women.”