A Visualization of Every Object in Earth’s Orbit 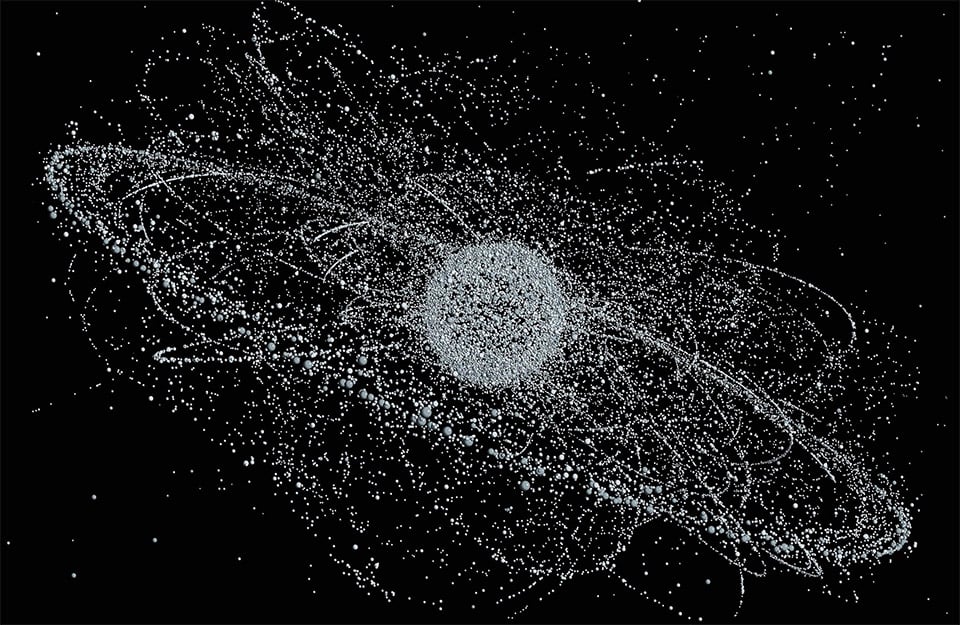 German photographer Michael Najjar is scheduled to be the first artist in space when he goes aboard Richard Branson’s Virgin Galactic SpaceShipTwo, scheduled in 2014. Najjar created this image, Space Debris I, which visualizes the collection of space junk in orbit around earth. Najjar says that the image is “based on a data archive and each spherule in the picture represents a real existing object orbiting in space. The visualization has been realized in collaboration with the Institute of Aerospace Systems at the Braunschweig University of Technology, the world leading institute for space debris tracking.”