Online Shrine to 2001: A Space Odyssey 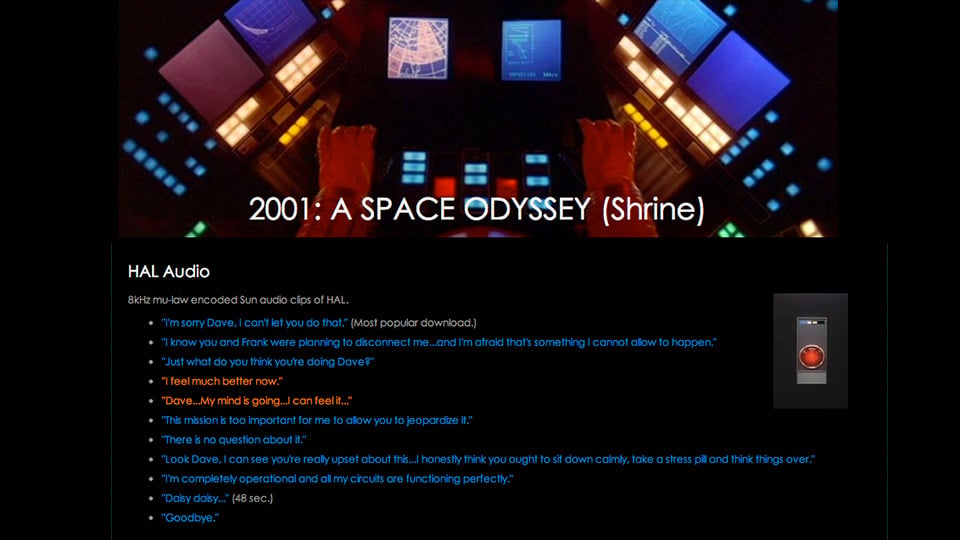 This interactive, online shrine to Stanley Kubrick’s classic 1968 science fiction film, 2001: A Space Odyssey is terrific. It includes a lot of information about the film, along with audio clips of the HAL 9000, a copy of the only intentional joke in the film: the instructions for using the zero gravity toilet, some wonderful editorial cartoons that were published in 2001 in reference to the fictional year of the film, the Cinema Redux which distills the film down to a single image, and much more. This site works as a wonderful tribute to a true classic and a groundbreaking film in the world of science fiction.

The shrine also contains links to many other 2001: A Space Odyssey sites and videos available online. There are multiple documentaries about the making of the film, including one featuring James Cameron and an explanation of the film’s themes done in flash animation.