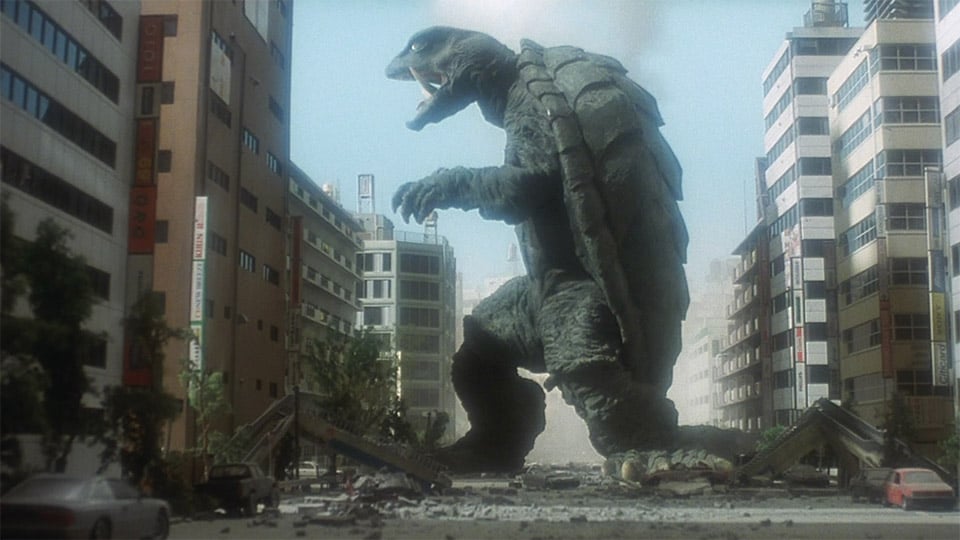 Japanese kaiju films are back in the news with the recent release of the highly entertaining Pacific Rim and next years relaunch of Godzilla. Entertainment Weekly recently took a look at the Gamera Trilogy, which contains three films: Gamera: Guardian Of The Universe, Gamera 2: Attack Of Legion, and Gamera 3: Awakening Of Irys.

EW gives the Gamera Trilogy a B+, writing, “The Gamera Trilogy (1995-99, 5 hrs., 26 mins., Not Rated) rebooted a creature beloved by fans — a giant, rocket-powered turtle — and it stands as one of the genre’s best recent examples [of kaiju films].”