The Walking Dead returns to AMC for Season 4 on October 13. We were provided a sneak peak at Season 4 in the Comic Con trailer. Now AMC has released an extended trailer giving us an exciting view into what to expect for the upcoming season.

Executive Producers Greg Nicotero, Denise Huth, Gale Anne Hurd, and Robert Kirkman along with actors Andrew Lincoln (Rick Grimes), Norman Reedus (Daryl Dixon), Steven Yeun (Glenn Rhee), Chad L. Coleman (Tyreese), Chandler Riggs (Carl Grimes), Lauren Cohan (Maggie Greene), Danai Gurira (Michonne) each weigh in on what’s coming. In their words we can expect “More zombies than ever before” and scripts that are “beyond great; deeper and darker.” Each of the main actors shares a bit about where their characters are going and what is changing. We also learn of a whole new threat to the people in the prison, beyond the walkers and other people that could be even more deadly.

The Walking Dead Season 4 is sure to be amazing and we cannot wait for the first episode. 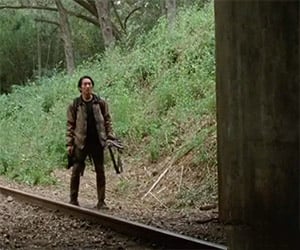 The Walking Dead: Making of Episode 415 (Us) 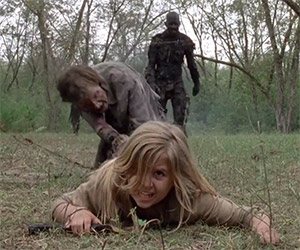 The Walking Dead: Making of Episode 414 (The Grove) 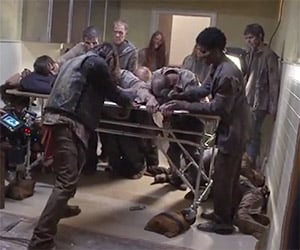 The Walking Dead: Making of Episode 413
« Previous
Next »
Advertisement