Pack of Heroes is a superhero card game set in a fun parallel universe of vintage comic books. Each of the game’s two players picks their own superhero team from the many different heroes in the game, and then takes on their opponent in an exciting tactical battle with all sorts of crazy super powers!

The game is designed by Phil Walker-Harding (Archaeology: The Card Game, Sushi Go!, Pirates of the Spanish Main: Shuffling the Deck and Dungeon Raiders) and published by Adventureland Games. Each game comes with 30 hero cards, 18 power cards, 6 team cards, 2 reference cards, 25 wound markers, 4 stun markers, and rule book. And you’ll get it before anyone else in the world! Every copy of the game obtained through Kickstarter will come with three exclusive chrome foil hero cards – The Brain, The Black Banana and Gum!

The videos below include a preview by Tom Vasel and a walk-through video preview.

A pledges of just $20 is required to get one copy of Pack of Heroes, with lots of different pledge levels and rewards available. A pledge of $60 includes not only the game but all exclusives and over-funding goals, a playmat, card sleeves, a t-shirt, an activity book and an embroidered patch!

The game has already been successfully funded and the Kickstarter campaign ends on August 18. 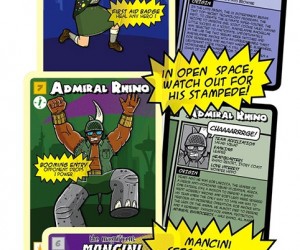 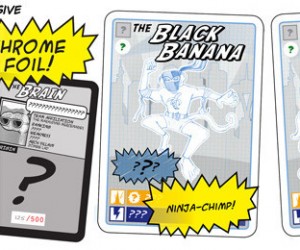 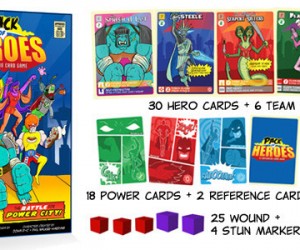