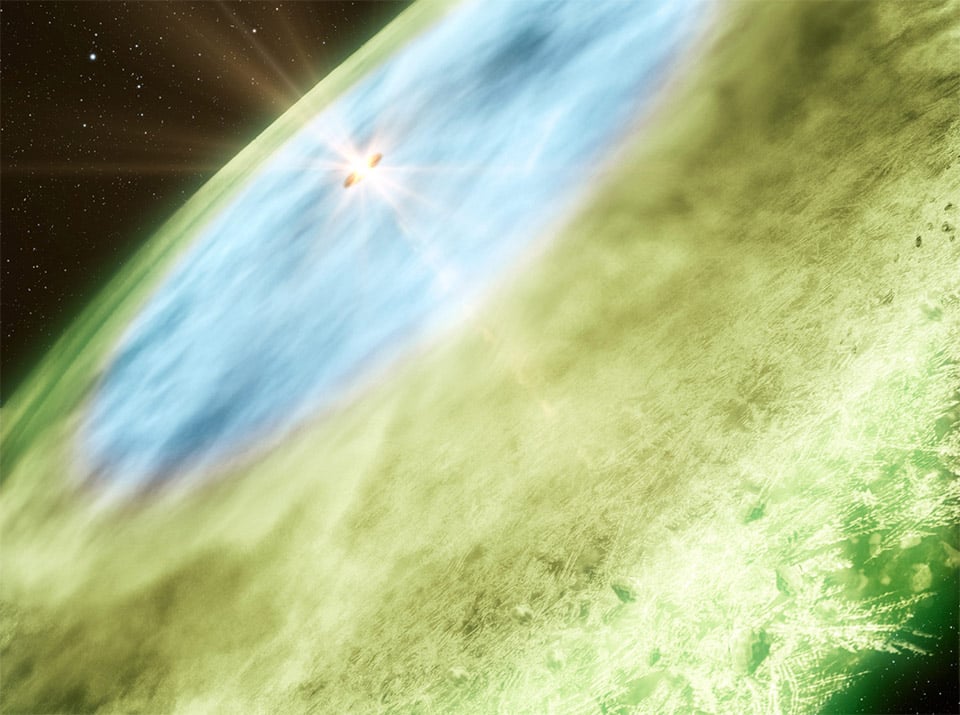 Break out your zero gravity snow skis, because researchers have detected and photographed a carbon monoxide “snow line” around the star TW Hydrae.

Using the new Atacama Large Millimeter/submillimeter Array (ALMA) telescope, an international team of researchers have detected the snow line located in the disc around the star. Snow lines are thought to form around young stars in the distant, colder reaches of the disks from which solar systems form. Depending on the distance from the star, however, other more exotic molecules can freeze and turn to snow.

Chunhua “Charlie” Qi of the Harvard-Smithsonian Center for Astrophysics said, “ALMA has given us the first real picture of a snow line around a young star, which is extremely exciting because of what it tells us about the very early period in the history of the Solar System. We can now see previously hidden details about the frozen outer reaches of another solar system, one that has much in common with our own when it was less than 10 million years old.”

Astronomers were able to detect the snow line, not by looking for the presence of the CO gas, but instead for a different molecule, diazenylium, which acts as a proxy for CO ice and is easier to detect.