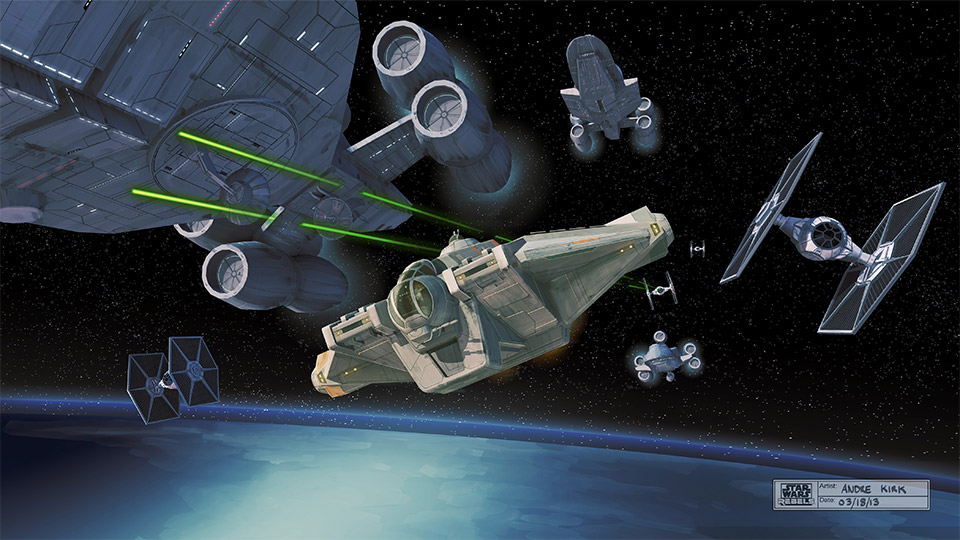 Star Wars: Rebels is a new Lucasfilm television series slated as the replacement for The Clone Wars. Recently, at Star Wars Celebration Europe, more details on artwork for the series were announced. The series is expected to premiere in fall 2014 as a one-hour special on Disney Channel and followed by a series on Disney XD.

Executive Producer Dave Filoni says the look was inspired by original Star Wars concept artist Ralph McQuarrie, stating “We wanted to create a look for this part of Star Wars that precedes A New Hope by just a little bit. We’re going for something that’s much more an illustrative look.”

Here’s what was revealed in the official press release: “Star Wars Rebels Executive Producer Dave Filoni pulled back the curtain on Lucasfilm’s highly anticipated animated series for Star Wars Celebration Europe attendees today, discussing the huge influence of original Star Wars concept artist Ralph McQuarrie on the look and feel of the show, and revealing the series’ unique logo and select designs. Filoni talked at length about the use of McQuarrie art as a springboard for the series, showcasing many works from the original trilogy, including landscapes and characters, and detailing how they inform the visual identity of Star Wars Rebels. While unable to attend in person, Executive Producers Simon Kinberg and Greg Weisman shared their excitement for the series in a video message recorded specifically for Celebration attendees. Star Wars Rebels is scheduled to premiere in fall 2014 as a one-hour special telecast on Disney Channel, and will be followed by a series on Disney XD channels around the world.”

Dave Filoni revealed some details behind the show previously, when the series was first picked up by Disney, as shown in the clip below. 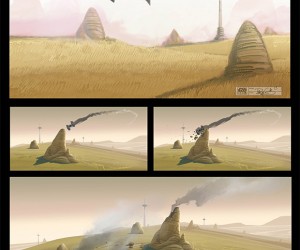