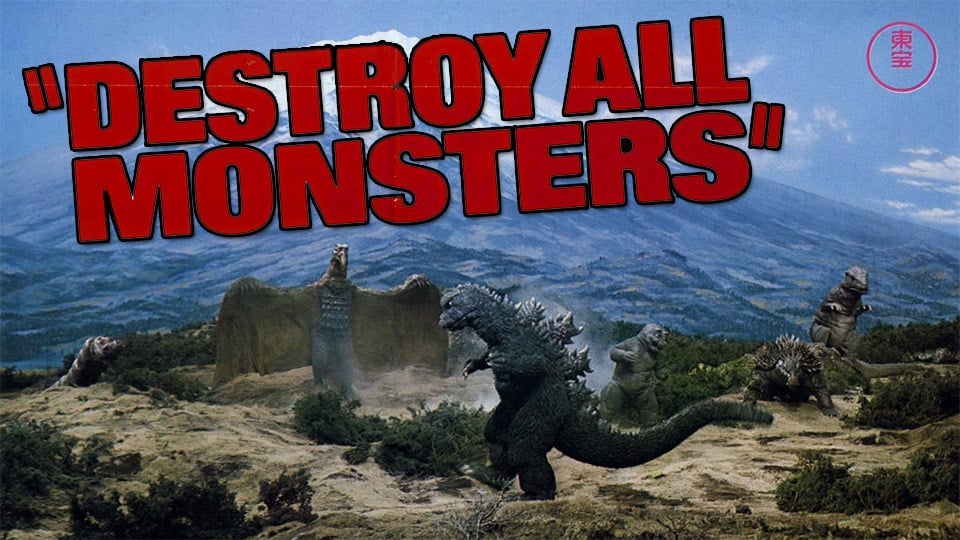 Godzilla (2014) director Gareth Edwards participated in the Godzilla Comic-Con panel recently. After the panel, Edwards spoke to the press and dropped some big hints what to expect in the film. He even mentions the classic 1968 Godzilla film Destroy All Monsters by name in which an epic battle erupts between King Ghidorah and nearly all the other kaiju monsters in the Godzilla world, including Godzilla, Rodan, Mothra, and more. Gareth stated, “With the exception of the 1954 original, I would say my second favorite film is Destroy All Monsters. I just love the idea of a monster island. Having a world with these creatures in it. I find that fascinating and would like to treat that realistically. I wouldn’t want to limit it to one other foe, I think it’s more fun to – this question will come back to haunt me if we ever do a sequel – but I think multiple creatures make better movies in terms of the image of Gojira.”

We would love to see another epic kaiju battle involving Godzilla and many of the other classic monsters from Monster Island (perhaps updated from their 1968 images).

The reboot, Godzilla is based on a screenplay written by Drew Pearce, Max Borenstein and Frank Darabont. The cast also includes David Strathairn and Juliette Binoche. “An epic rebirth to Toho’s iconic Godzilla, this spectacular adventure pits the world’s most famous monster against malevolent creatures who, bolstered by humanity’s scientific arrogance, threaten our very existence.”