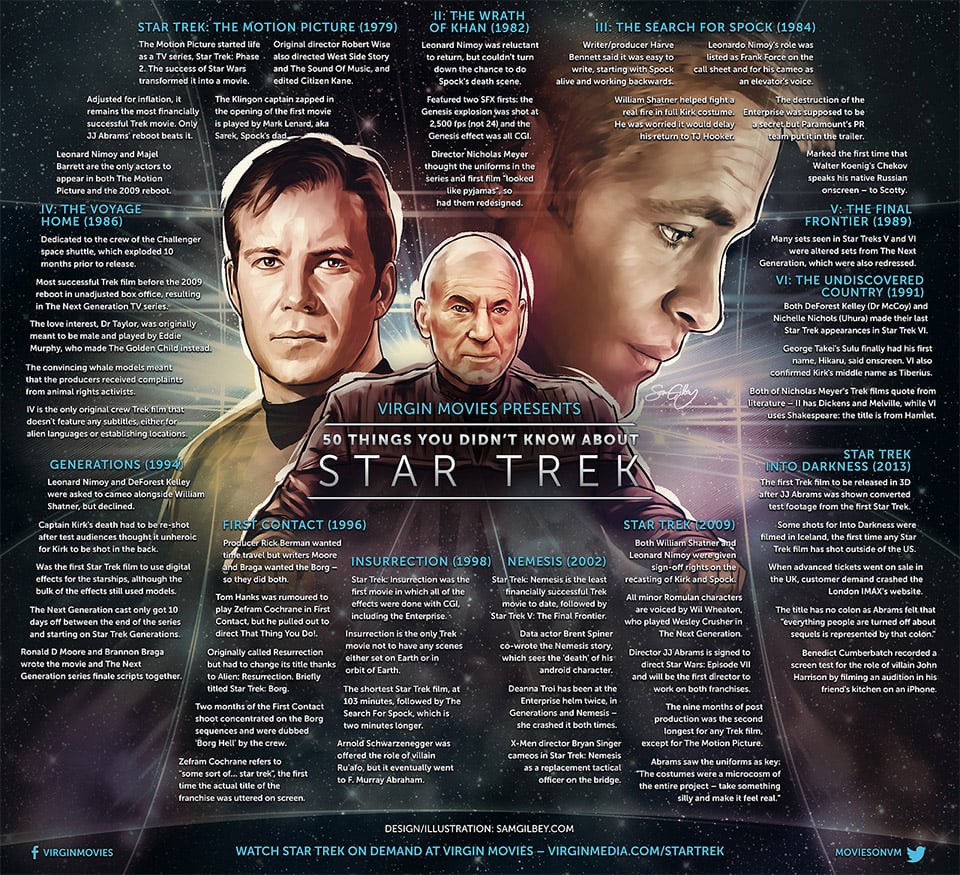 Sam Gilbey, who previously gave us 25 Things You Didn’t Know About Wolverine, created this illustration which provides 50 facts about the Star Trek movies that you (maybe) didn’t know. Gilbey includes information from the 1979 Star Trek: The Motion Picture through this year’s Star Trek Into Darkness.

We didn’t realize that the most successful Star Trek film prior to the 2009 reboot was 1986’s Star Trek IV: The Voyage Home or that Sulu’s first name was first uttered on screen in Star Trek VI: The Undiscovered Country (it’s “Hikaru”).

Click here for the full-size version of the graphic.