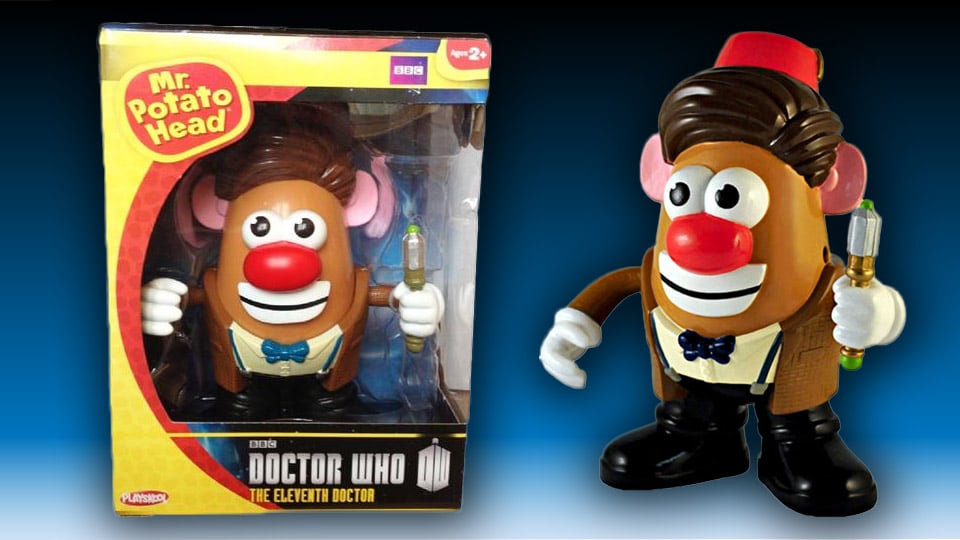 This Mr. Potato Head is based on the Eleventh Doctor, Matt Smith, with his suspenders, brown coat, tie, hat and ​​sonic screwdriver. It’s unclear which parts are interchangeable  which is sort of a defining characteristic of Mr. Potato Head, but this figure does have eight removable parts.

“The Eleventh Doctor as played by ‘MASH’ Smith! Hop in the TARDIS with Mr. Potato Head as he pays homage to the last known survivor of ‘Galli-Fry’, DOCTOR WHO in his quirky eleventh incarnation! Set comes complete with 8 removable parts and pieces.”

Available now for pre-order and expected to arrive in August.