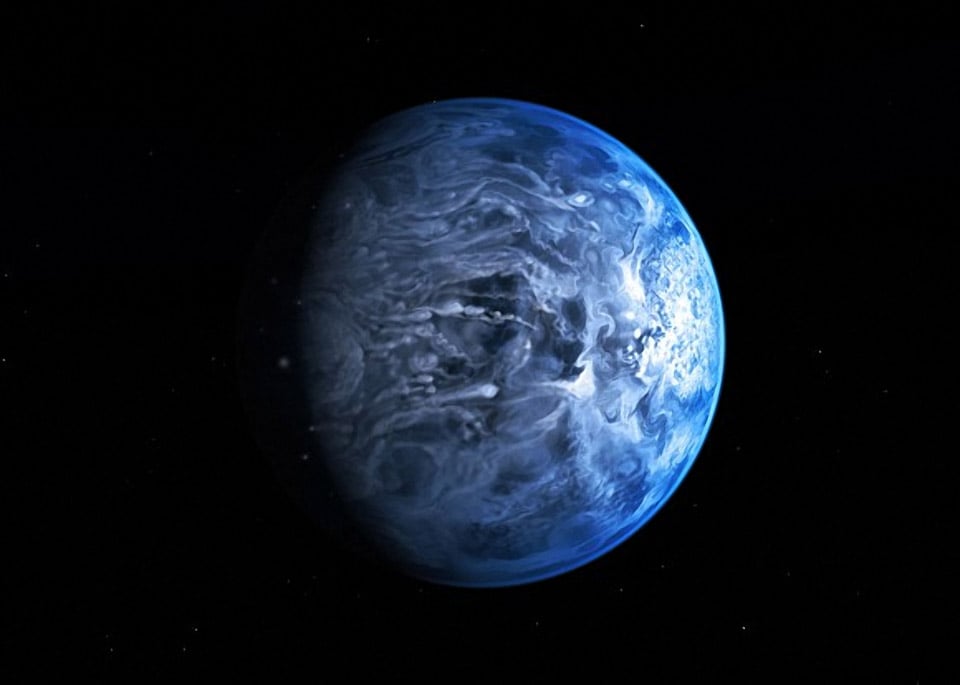 HD 189733b is an exoplanet with a forgettable name but that is full of amazing possibilities. One of the most studied exoplanets, due to its size, compact orbit and relative nearness to Earth. Observations from the Hubble Space Telescope have recently confirmed prior suspicions that the planet has a blue sky atmosphere. Unlike Earth, HD 189733b is a huge gas giant that orbits very close to its star and endures wild temperature swings, up to more than 1,000 degrees Celsius. Oh, and it also rains glass. Sideways. At more than 7,000 kilometers per hour.

Using the Hubble’s Space Telescope Imaging Spectrograph, the scientists determined that the planet’s blue atmosphere is due to a hazy, turbulent atmosphere thought to be laced with silicate particles, which scatter blue light. We’ll stick to the blue skies of Earth instead of the razor glass storm kiln of HD 189733b, thank you.