The Beautiful Death of a Star 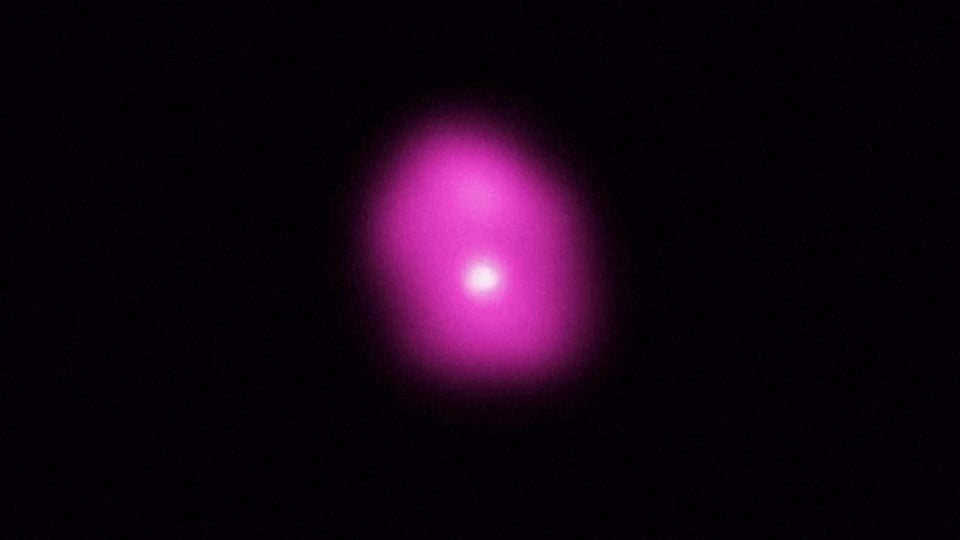 The planetary nebula, NGC 2392 (the “Eskimo Nebula”), is a star becoming a red giant and shedding its outer layers — the death phase of the star. This star is about 4,200 light years from Earth. When a star becomes a planetary nebula, the star begins to cool and expand, increasing its radius by tens to hundreds of times its original size. Eventually, the outer layers of the star are carried away by a 50,000 kilometer per hour wind, leaving behind a hot core. This hot core has a surface temperature of about 50,000 degrees Celsius, and is ejecting its outer layers in a much faster wind traveling six million kilometers per hour. The radiation from the hot star and the interaction of its fast wind with the slower wind creates the complex and filamentary shell of a planetary nebula. Eventually the remnant star will collapse to form a white dwarf star.

Our Sun will go through the same phase and become a planetary nebula about 5 billion years from now. Get your cameras ready! 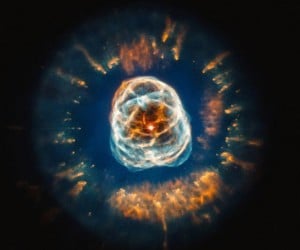 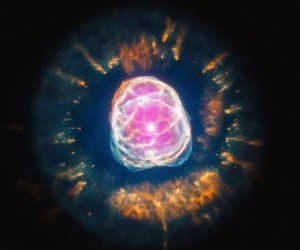 Composite of x-ray and optical