Neptune’s Got a Brand New Moon 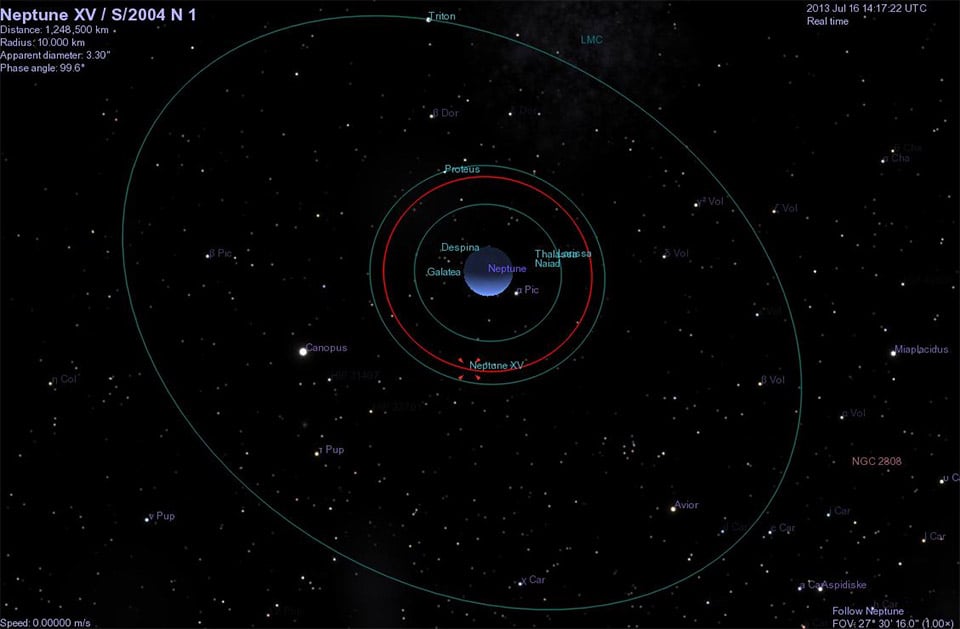 OK, well the awkwardly named (for now, anyway) “S/2004 N 1” is new to us at any rate. It was discovered by SETI Institute astronomer Mark Showalter, but not by direct observation of the heavens, but instead he was studying archival images from the Hubble Space Telescope. He was analyzing the faint arcs, or segments of rings, that surround Neptune when he decided to look beyond the rings an noticed the white about 65,400 miles from Neptune and tracked its movement over more than 150 archival Neptune photographs taken by Hubble from 2004 to 2009.

S/2004 N 1 is located between the orbits of the Neptunian moons Larissa and Proteus and is so small and dim that it is roughly 100 million times fainter than the faintest star that can be seen with the naked eye. In fact, the moon is so elusive that even NASA’s Voyager 2 spacecraft missed it when it flew past Neptune in 1989. It is estimated to be no more than 12 miles across, making it the smallest known moon in the Neptunian system. Showalter was able to plot a circular orbit for the moon, which completes one revolution around Neptune every 23 hours.