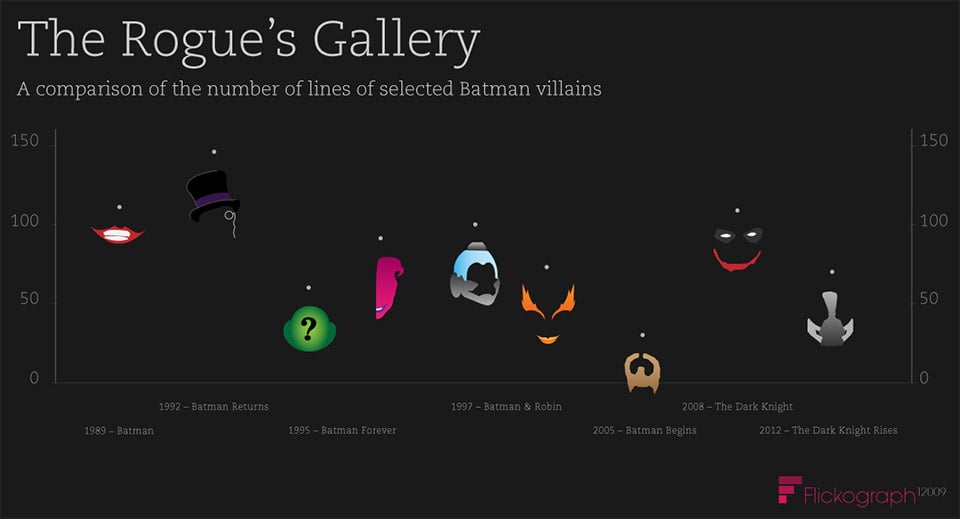 Which Batman villains had the most to say? Which were mostly silent when confronting the Dark Knight? Which do you wish would’ve kept their villain-holes shut?

This Flickographic by Matt Isherwood takes a look at a few of the famous Batman villains who have appeared on film and compares the number of lines of dialogue for each character. Isherwood skipped Catwoman because “she’s more neutral than bad” and also skipped the bit-part bad guys like The Scarecrow. Otherwise, the graphic includes Isherwood’s tally of every time a villain spoke in the scripts of all the films.