Local news station KITV has coverage of the filming of Godzilla near Waikiki, Hawaii. Legendary Pictures and Warner Bros. are bringing the legendary Japanese monster back to the big screen in 2014. With 250 crew members and 250 extras, this is about as big as sets get in the world of moviemaking.

Godzilla, being directed by Gareth Edwards (Monsters) based on a screenplay written by Drew Pearce, Max Borenstein and Frank Darabont. Although the plot details are secret, our guess is the movie will revolve around a giant tyrannosaurus rex type of monster who is awakened by nuclear blasts and arises from the ocean to terrorize Tokyo and other coastal cities. The cast includes Aaron Taylor-Johnson, Bryan Cranston,Elizabeth Olsen, David Strathairn and Juliette Binoche.

“An epic rebirth to Toho’s iconic Godzilla, this spectacular adventure pits the world’s most famous monster against malevolent creatures who, bolstered by humanity’s scientific arrogance, threaten our very existence.”

Godzilla arises from the depths yet again on May 16, 2014. In the meantime, you can receive updates and read the “official” news releases about Godzilla’s return on the viral site, Godzilla Encounter. 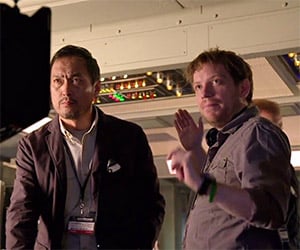 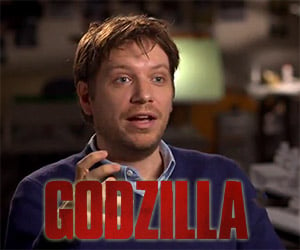 Godzilla Featurette: This is Really Happening 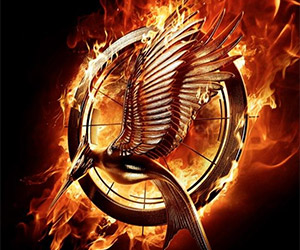 The Sounds of The Hunger Games
« Previous
Next »
Advertisement