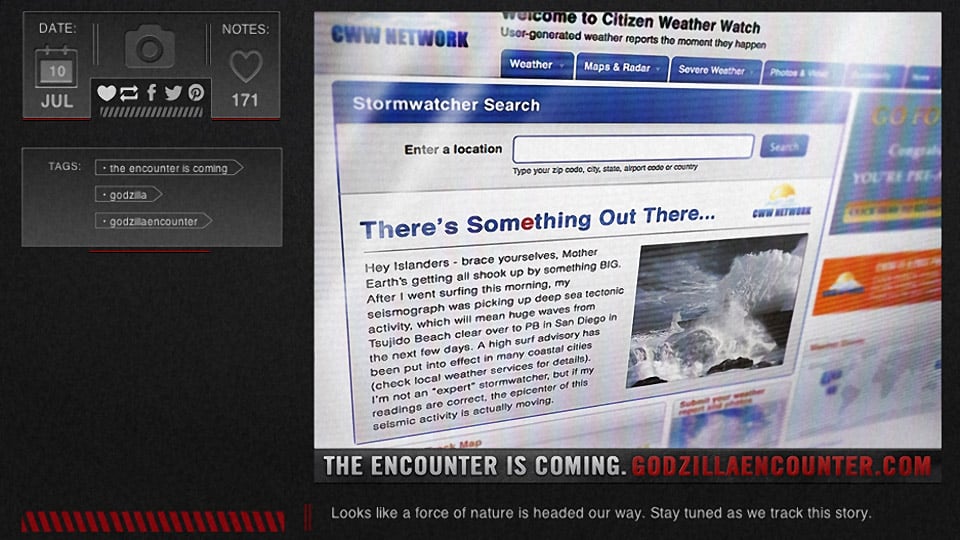 Legendary Pictures and Warner Bros. will be bringing Godzilla back to the theaters in 2014. With the release of the film still months away, the studios have launched an online viral marketing campaign: Godzilla Encounter. The site currently contains two mock newspaper pages based on early sightings of Godzilla’s return. Reports of the loss of a Japanese fishing vessel and increased deep sea tectonic activity are displayed on the page. You can submit your name and email address and follow Godzilla Encounter for updates.

Godzilla, being directed by Gareth Edwards (Monsters) based on a screenplay written by Drew Pearce, Max Borenstein and Frank Darabont. Our guess is the movie will revolve around a giant tyrannosaurus rex type of monster who is awakened by nuclear blasts and arises from the ocean to terrorize Tokyo and, perhaps, other coastal cities. We pray it won’t be another version of Godzilla like we got with Roland Emmerich in 1998 and will reflect more closely on its roots in 1954. The cast includes Aaron Taylor-Johnson, Bryan Cranston,Elizabeth Olsen, David Strathairn and Juliette Binoche.

“An epic rebirth to Toho’s iconic Godzilla, this spectacular adventure pits the world’s most famous monster against malevolent creatures who, bolstered by humanity’s scientific arrogance, threaten our very existence.” 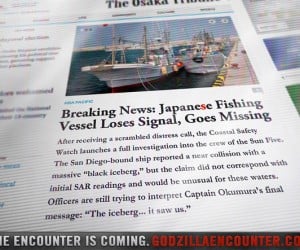 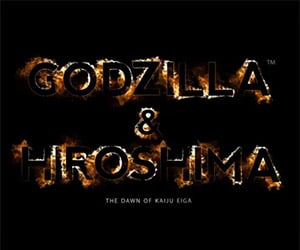 Godzilla & Hiroshima, The Origin of Godzilla 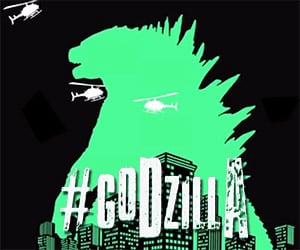 Godzilla in Numbers: A Look Back 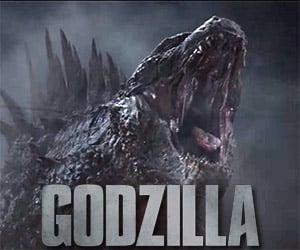