The DeLorean’s Travels in the Back to the Future Trilogy 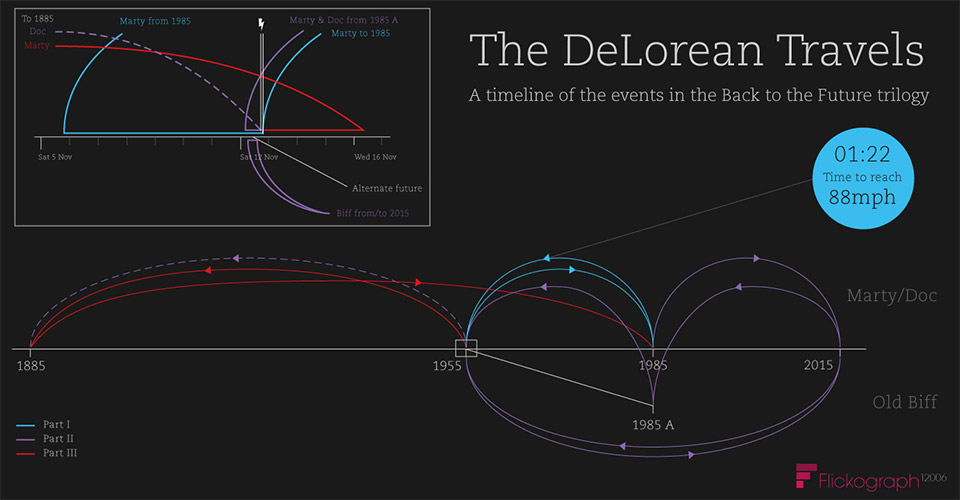 As Isherwood describes it, “Most of the time-travelling is done in Part 2, which also features Biff getting hold of the car and popping back to 1955, as shown by the lines under the timeline. I’ve also zoomed in on the frantic 10 days in 1955 where most of the action centres around. This diagram also shows the two key lightening strikes (the first that sends Doc all the way to 1885 in Part 2 and the key plot device from Part 1 that gets Marty back to 1985). As a bonus, I checked and it took Marty one minute 22 seconds to from 0-88mph for his first time travel.”