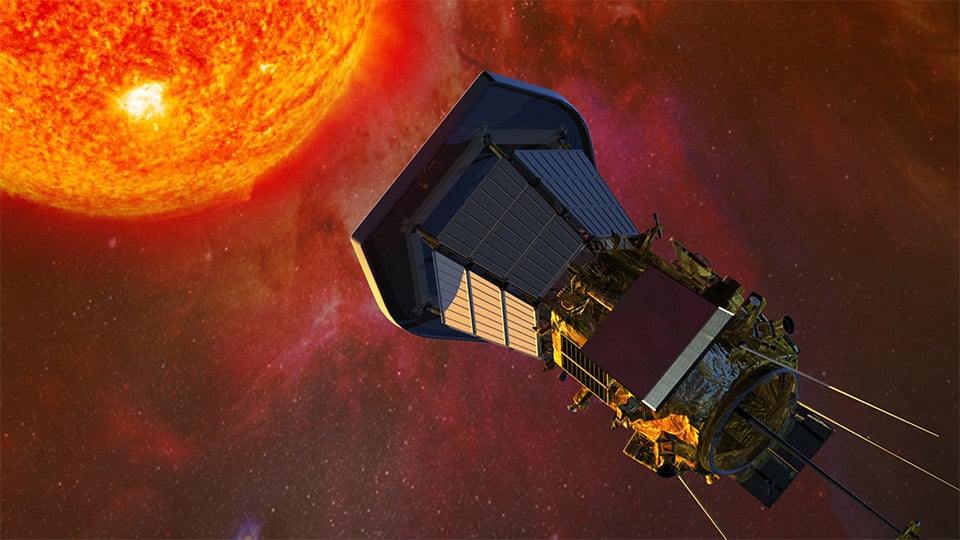 We know that the Sun’s corona is over 1 million degrees hot, far hotter than the 10,000 degree temperatures you’ll find at the Sun’s surface. Apparently, scientists haven’t yet discovered what causes the temps to be so much higher in the Sun’s atmoshpere than on the surface. Justin Kasper, an astrophysicist who studies the Sun at the Harvard-Smithsonian Center for Astrophysics, has proposed a mission to fly the “Solar Probe Plus” into the Sun’s corona to take direct measurements. Proposed to launch in 2018, the mission would fly closer to the sun than any other mission before it.

Reaching as close as 4 million miles from the surface of the Sun, the spacecraft will enter a completely unexplored region of space. At these distances the Sun will be over 500 times brighter than it appears at Earth and particle radiation from solar activity will be harsh. In order to survive the spacecraft folds its solar panels into the shadows of its protective solar shade, leaving just enough of the specially-angled panels in sunlight to provide power closer to the Sun. The probe is scheduled to launch on July 30, 2018.

How we can do that without the probe burning up too quickly or becoming Nuclear Man is inconceivable.