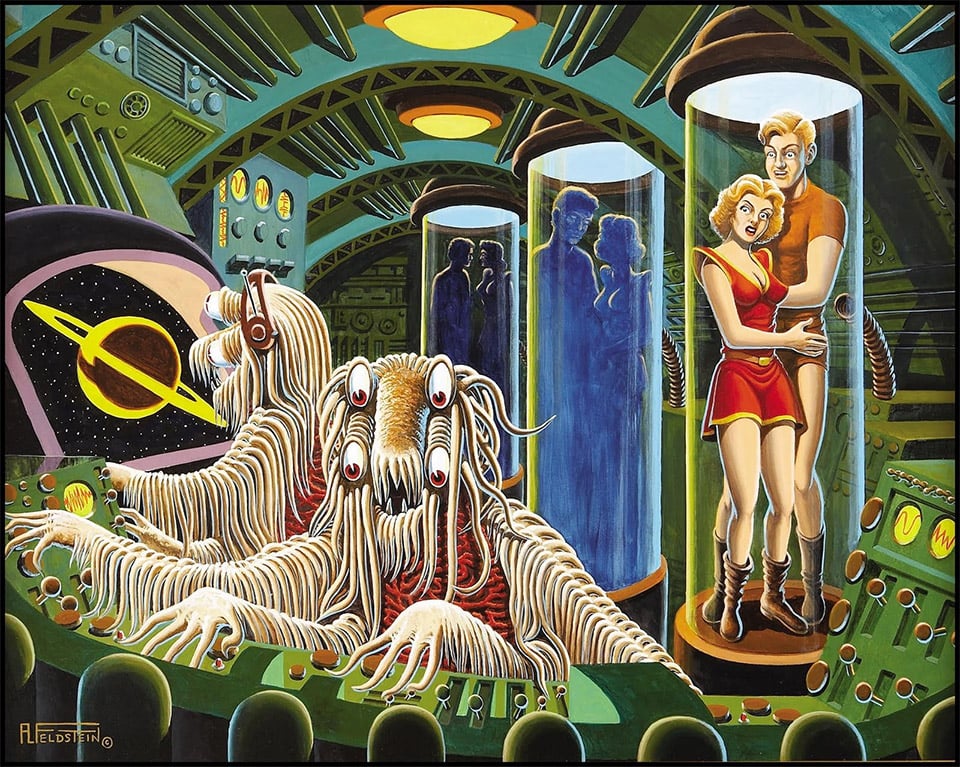 Al Feldstein created the cover illustration shown below for the July, 1951 issue of Weird Tales. It was recreated recently with the resulting image shown above. The illustration seems to depict the Flying Spaghetti Monster long before that deity entered the popular culture. We’re not sure if this was really the divine inspiration for the Flying Spaghetti Monster, but the resemblance is unmistakable. 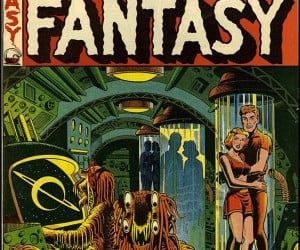