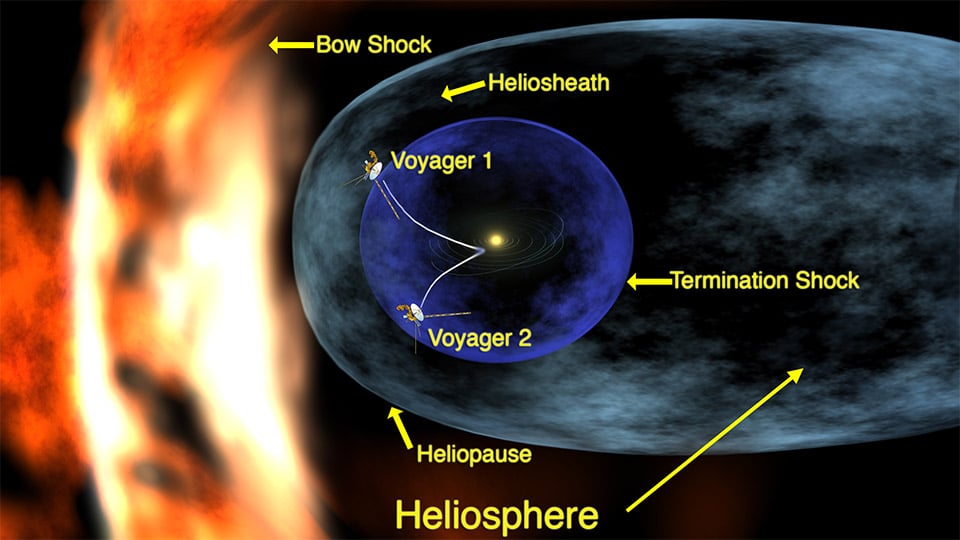 NASA’s Voyager 1 Spacecraft left Earth more than 35 years ago and has traveled over 11.5 billion miles. While it hasn’t quite reached the edge of our solar system and exited the heliosphere, it has encountered a region that no one expected and that cannot yet be explained. Scientists predicted that Voyager 1 would detect two signs that it had passed through the heliosheath — the outermost portion of our solar system. But Voyager 1 only reported that one of those two events occurred and scientists were unsure why. In the meantime, they have named this new region the heliosheath depletion region. Dr. Edward C. Stone, the project scientist for Voyager 1 and Voyager 2, said, “I think it’s clear we do not have a model which explains all of this.”