The Making of the Jurassic Park III Spinosaur

The Stan Winston School takes us behind the scenes, in this two-part series, on the making of the Spinosaur for Jurassic Park III. The film itself was mostly terrible, but the dinosaurs looked terrific as we’ve come to expect since the first Jurassic Park film. The Spinosaur was the biggest, heaviest and the fastest animatronic ever built by Stan Winston Studios. In these two films, the team begins with the sketches and creation of a 1/5th scale model. The team then builds the full-size model and mold and putting together the internal structure and mechanicals. It is incredible to see this giant animatronic dinosaur come together. The head itself is 6 feet long!

Even transporting the completed model to Universal Studios was a logistical nightmare because it would stop traffic and couldn’t fit under bridges.

Part 2 of the video is embedded below. 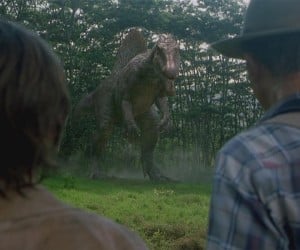 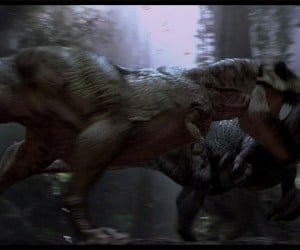 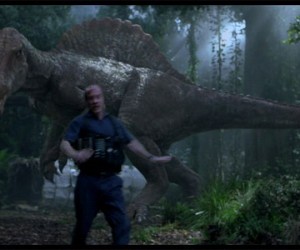