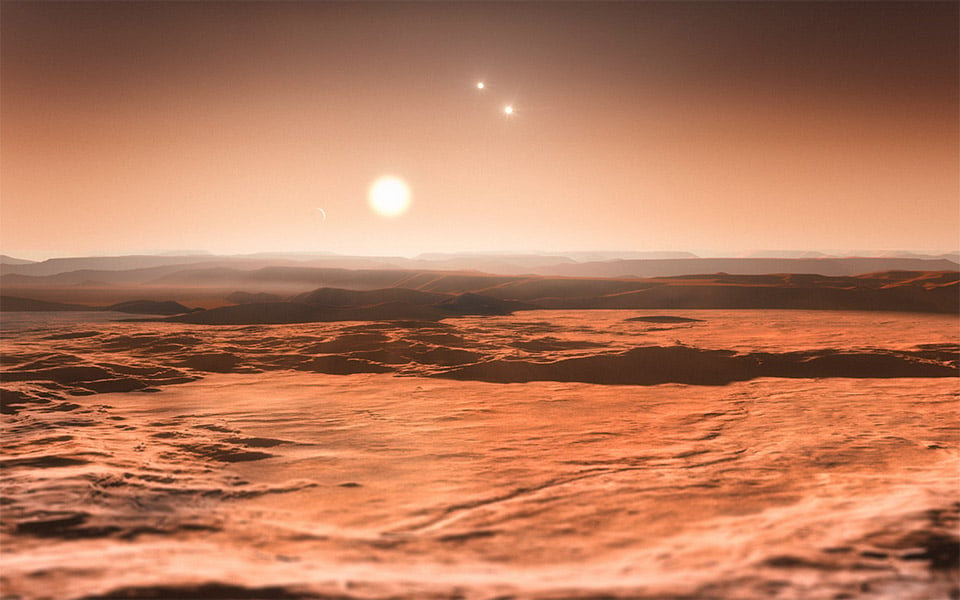 Researchers may have just discovered three exo-planets capable of supporting life in the constellation of Scorpius. A team of astronomers, led by Guillem Anglada-Escudé of the University of Göttingen, Germany and Mikko Tuomi of the University of Hertfordshire, UK, combined new observations of the star Gliese 667C  to reveal a system with at least six planets, of which three of these are within the zone in which liquid water could exist. Gliese 667C is a very well-studied star that lies within our neighbor hood, just 22 light-years away from Earth.

Interestingly, Gliese 667C is part of a three-star system, so the planets would see three suns in their daytime skies. These discoverd planets orbit the third fainter star of a triple star system. Viewed from one of these newly found planets the two other suns would look like a pair of very bright stars visible in the daytime and at night they would provide as much illumination as the full Moon. The new planets completely fill up the habitable zone of Gliese 667C, as there are no more stable orbits in which a planet could exist at the right distance to it.