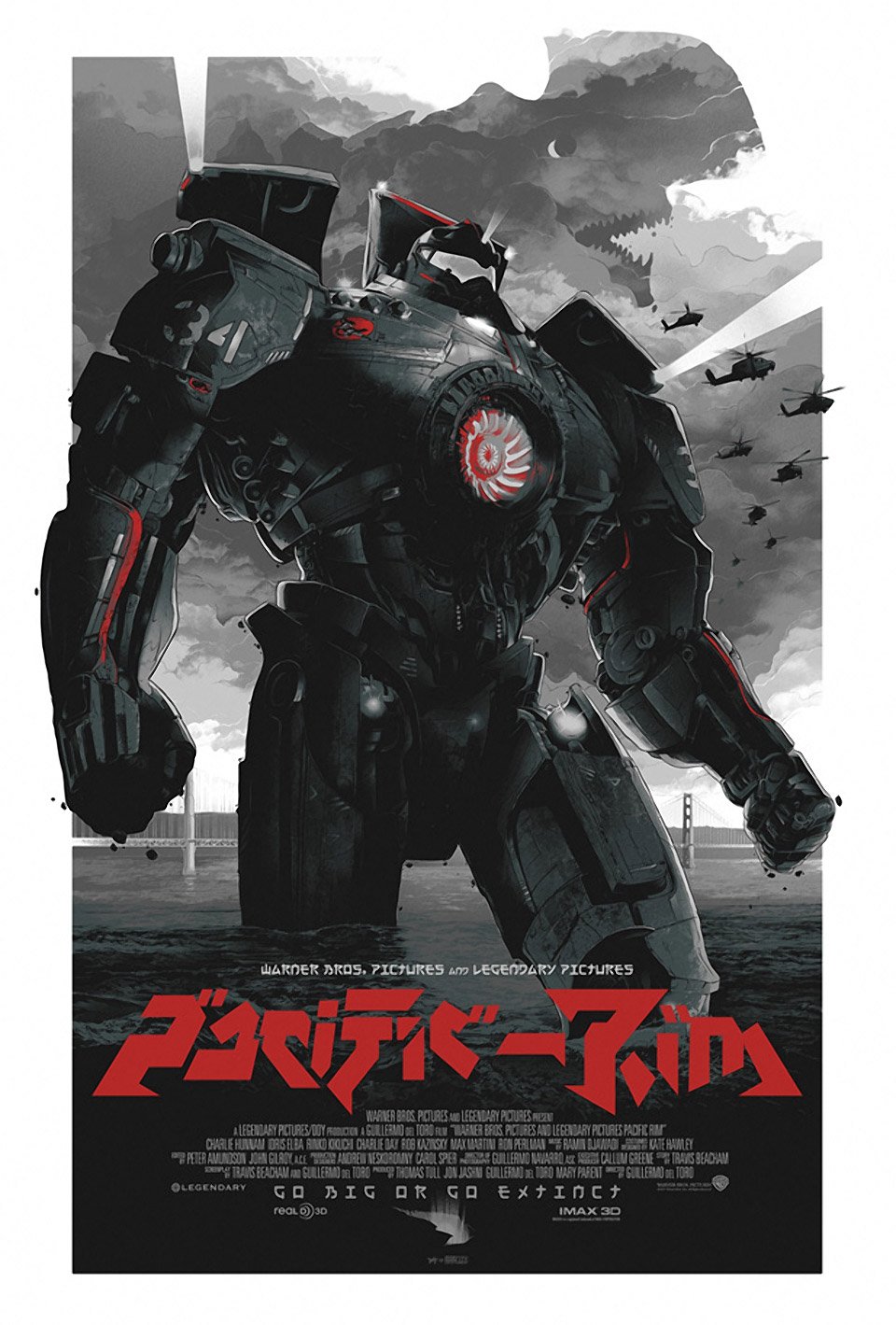 Here’s what Gabz had to say about this work: “This is actually the first time I had an opportunity to work on something this big, so I was both excited and slightly overwhelmed at the beginning. Until now, I had worked on movies with plenty of references to be found on the Internet. In this case, I was mainly limited to the first teaser trailer that came out (pretty mind blowing by the way). I focused on Gipsy Danger, but instead of putting him in some type of massive sea battle, which was quite tempting, I proposed something inspired by World War 2 propaganda posters; something where the giant robot symbolizes the last stand of humanity. To better show the scale of the threat, I added a glimpse of the giant Kaiju hidden in the skyline. I’m pleased with the outcome and particularly with my version of the poster title, clearly inspired by Japanese apocalyptic cinema posters.” 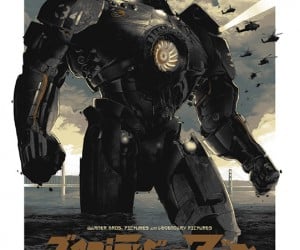