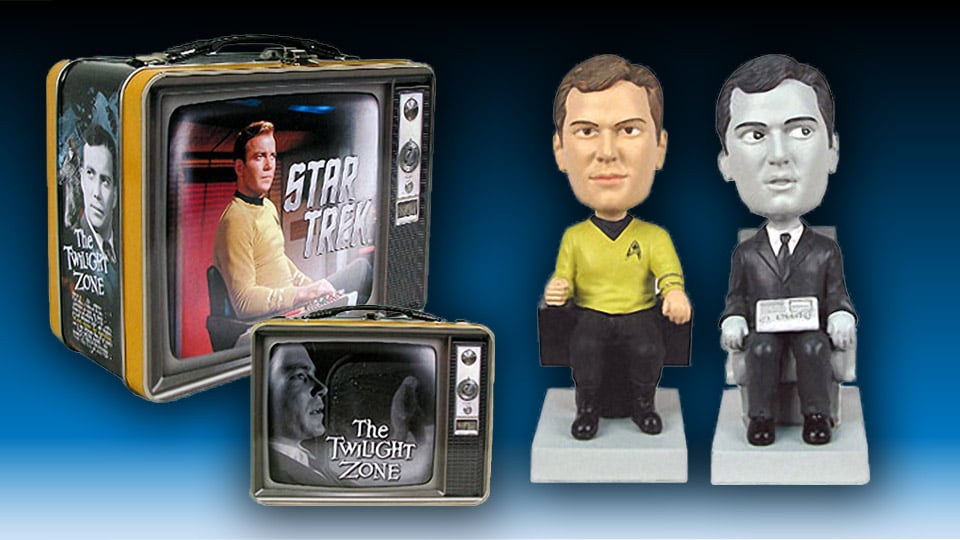 The images show Kirk on the bridge of the Enterprise on one side, with an image of Bob Wilson and the Gremlin on the other. The tin tote measures approximately 8 5/8″ wide x 6 3/4″ tall x 4″ deep. 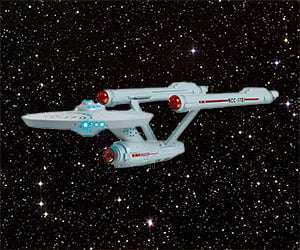 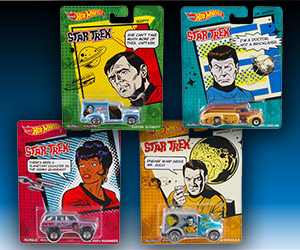 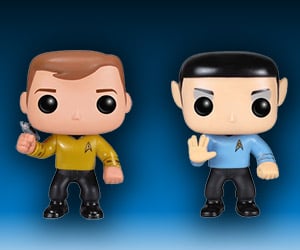