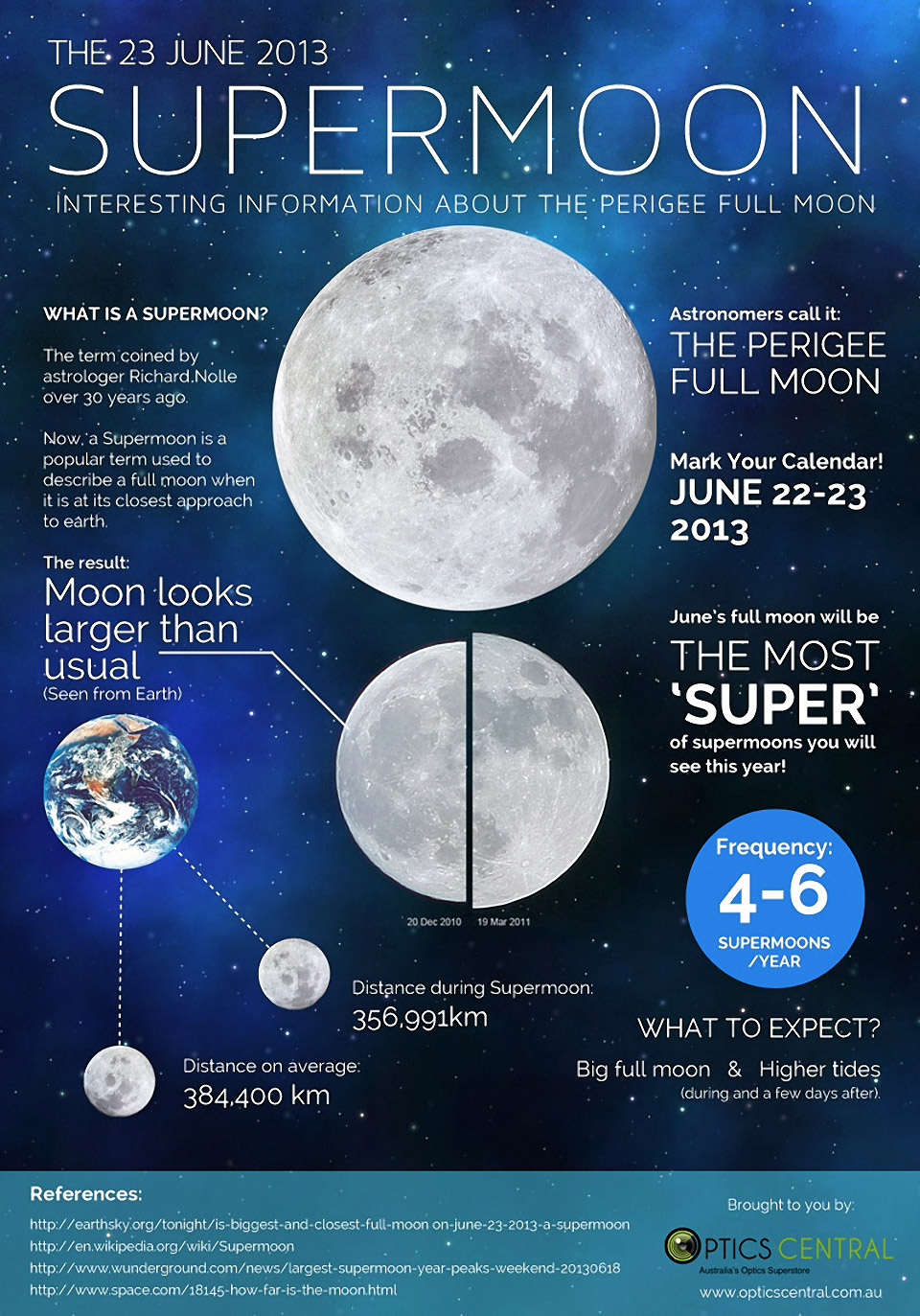 The closest and largest full moon of the year will occur on June 23 but will also be visible (though not yet a full moon) on June 22. It is known to astronomers as a “perigee full moon” but the more common term, coined by astrologers is “Supermoon.” June 2013 presents the moon’s closest encounter with Earth until August 10, 2014, at which time the moon will be a scant 5 kilometers closer to Earth. As a result of the Supermoon, the moon will appear larger in the night sky and will bring higher tides than those normally associated with the full moon itself. Sunday’s supermoon will appear 14 percent larger and 30 percent brighter than a regular full moon does.