25 Things You Didn’t Know About Superman 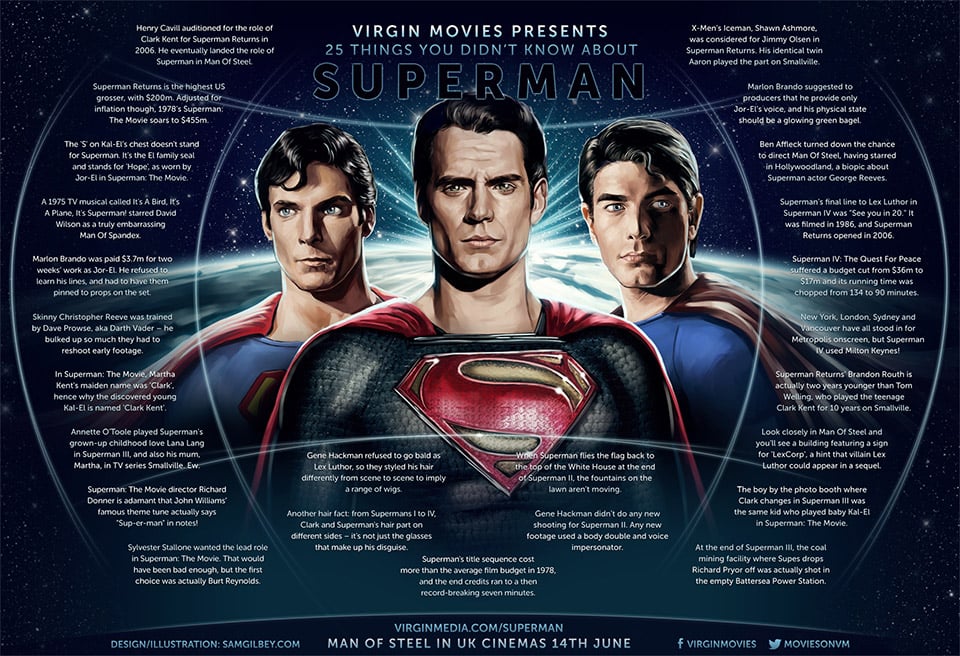 Virgin Media produced this infographic containing 25 things you didn’t (OK, probably didn’t) know about Superman. We were shocked to hear that Sylvester Stallone wanted the part of Superman in Superman: The Movie and that Burt Reynolds was actually the first choice. And in Superman II, Gene Hackman’s part didn’t involve any new footage, just re-used footage and a body double and voice impersonator. Time to cue up Superman II again and see what that was about. Turns out Superman IV’s budget was cut drastically. We were shocked it had a budget to begin with!