The Spencer Mansion is the mansion in which the original Resident Evil takes place. It was envisioned by Lord Ozwell E. Spencer in the early 60s as a secret lab facility for a company he would soon start, known as the Umbrella Corporation. The folks over at The Movoto real estate blog have looked more closely at the Spencer Mansion and estimated its value. Based on the mansion’s 28 rooms, its location in fictional “Raccoon City,” and its estimated 10,125 square feet, Movoto comes up with an estimated value of $1,751,625. Seems like a reasonable price for access to the secret laboratory underneath. 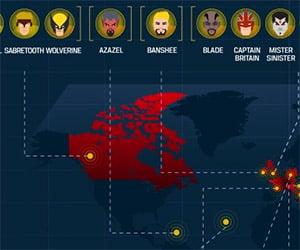 Mapping the Origin of Marvel Characters 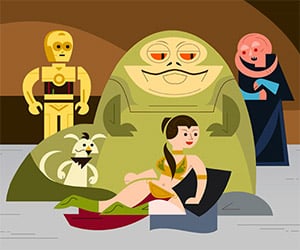 The Value of Jabba the Hutt’s Palace 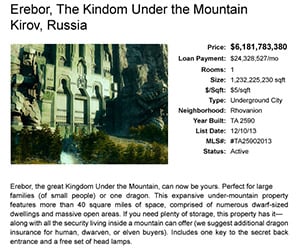 The Hobbit: The Value of Smaug’s Lair
« Previous
Next »
Advertisement