The Walking Dead: Inside Season 4 Video 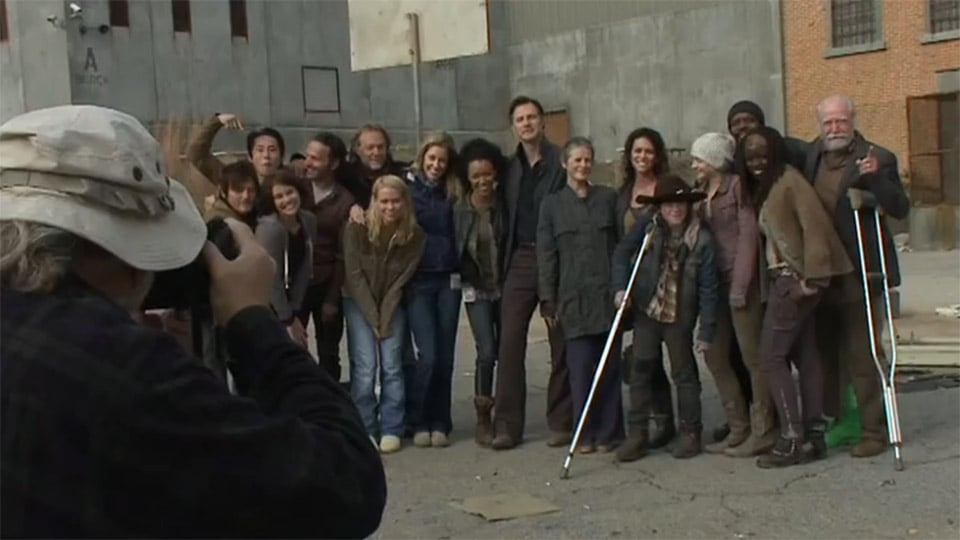 Production on Season 4 of The Walking Dead is well underway, and cast and crew are hard at work preparing to deliver fans what Executive Producer Greg Nicotero promises to be “our best season yet.” In this new video interview, The Walking Dead producers Nicotero, Robert Kirkman, Gale Anne Hurd and Denise Huth describe the filming of the Season 4 Premiere and share how a trip in an elevator almost cost Nicotero the chance to direct the episode.

Check out the video below and see why this Premiere is “bigger than any script we’ve done before.”

The Walking Dead returns to AMC in October with another 16-episode season. We are looking forward to more zombie-killing mayhem and, perhaps, the return of The Governor for some closure.