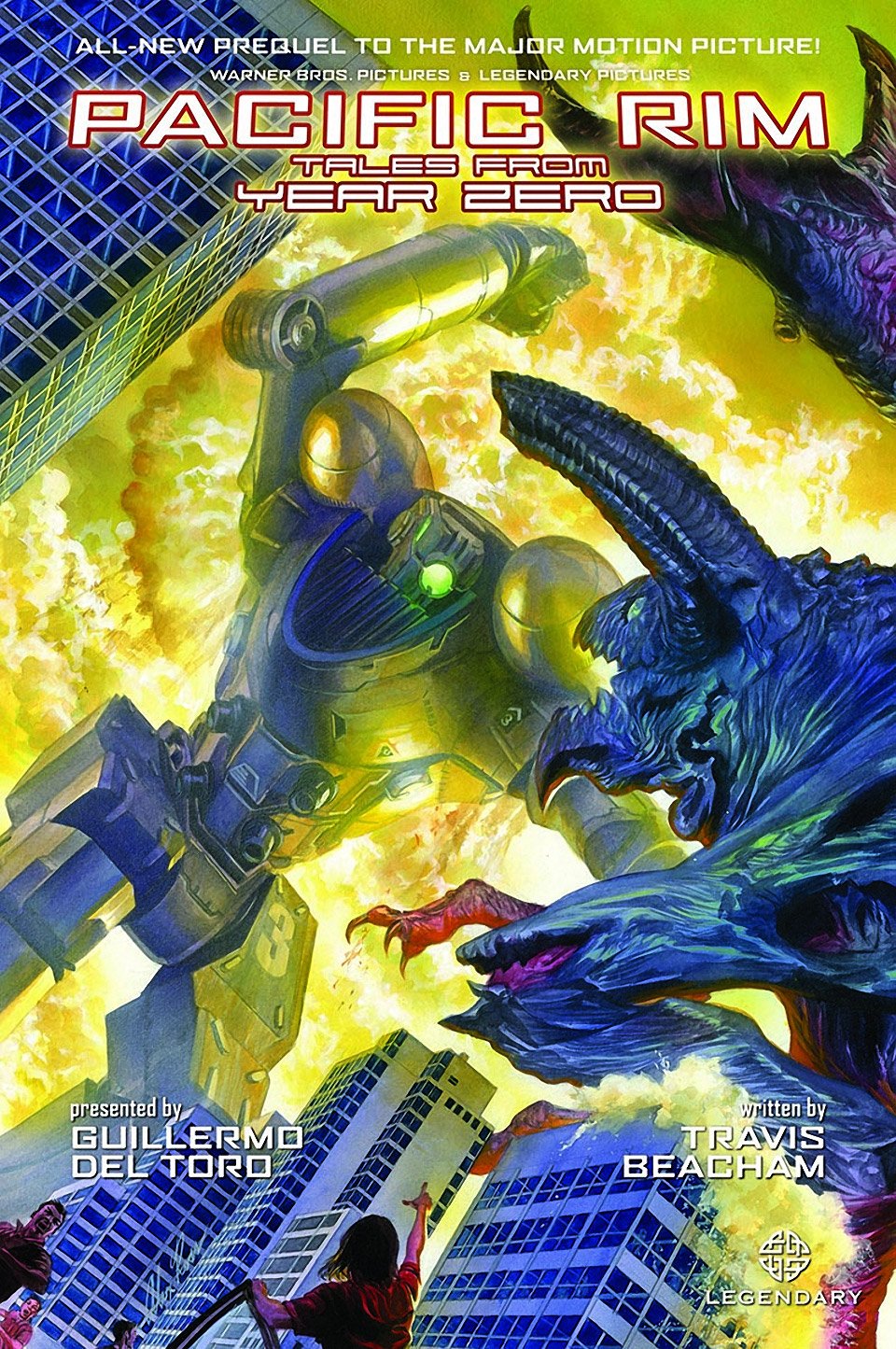 Pacific Rim: Tales From Year Zero is the graphic novel prequel to the upcoming motion picture, Pacific Rim, directed by Guillermo del Toro. Written by Travis Beacham, who also wrote the screen play to the film, the 112 page graphic novel serves as a prologue to the story of the film. The story is described as “Chronicling the very first time Earth is menaced by incredible monsters known as Kaiju, these inhuman beasts rise from the ocean depths and threaten to extinguish all mankind! Witness the race to develop massive robot fighting machines called Jaegers, each one controlled simultaneously by two pilots whose minds are locked in a neural bridge. This action-packed tale features many of the key characters from the film as we follow them in their early careers.”

Unfortunately, this prologue will not be released until June 18, a few days after the film hits theaters on June 12 and, if you’re like us, you won’t wait to see the film. You can pre-order the graphic novel now on Amazon for June 18 delivery.