Turn Yourself into a Star Trek Character 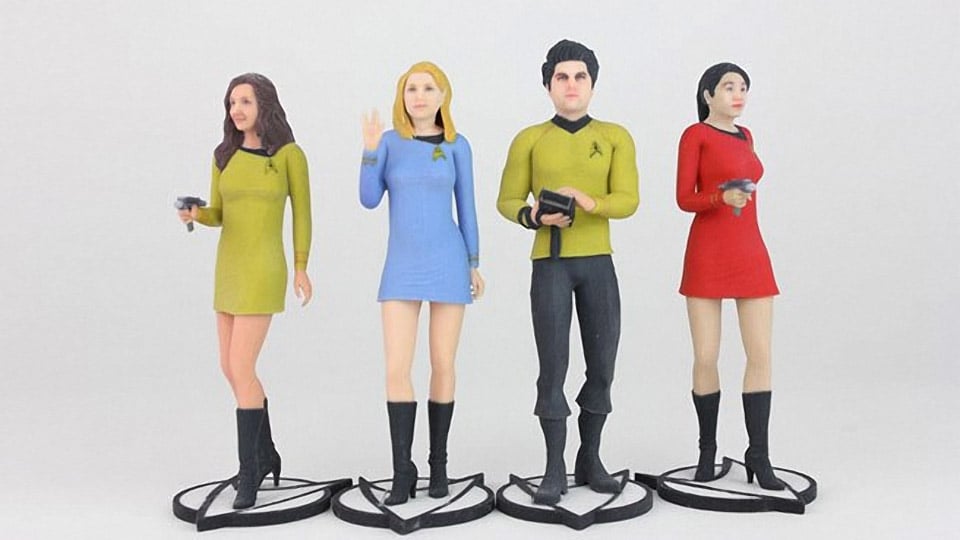 We previously pointed out a service at Disney’s Hollywood Studios theme park that allows you turn turn yourself into a Star Wars Stormtrooper. But if you find yourself to be more of a Trekkie, Cubify will allow you to turn yourself into your favorite Star Trek character.

Using Cubify’s Star Trek website, with just two photos, you can put your face on a figurine, making yourself a Star Trek Starfleet officer. You can select your gender, pose (with a variety of accessories), build, uniform, rank, and an inscription to put on the base. Cubify is also conducting an online poll to see what set of characters would like to see next: The Next Generation, Deep Space Nine, or Voyager?