The Redemption of Monster of Piedras Blancas 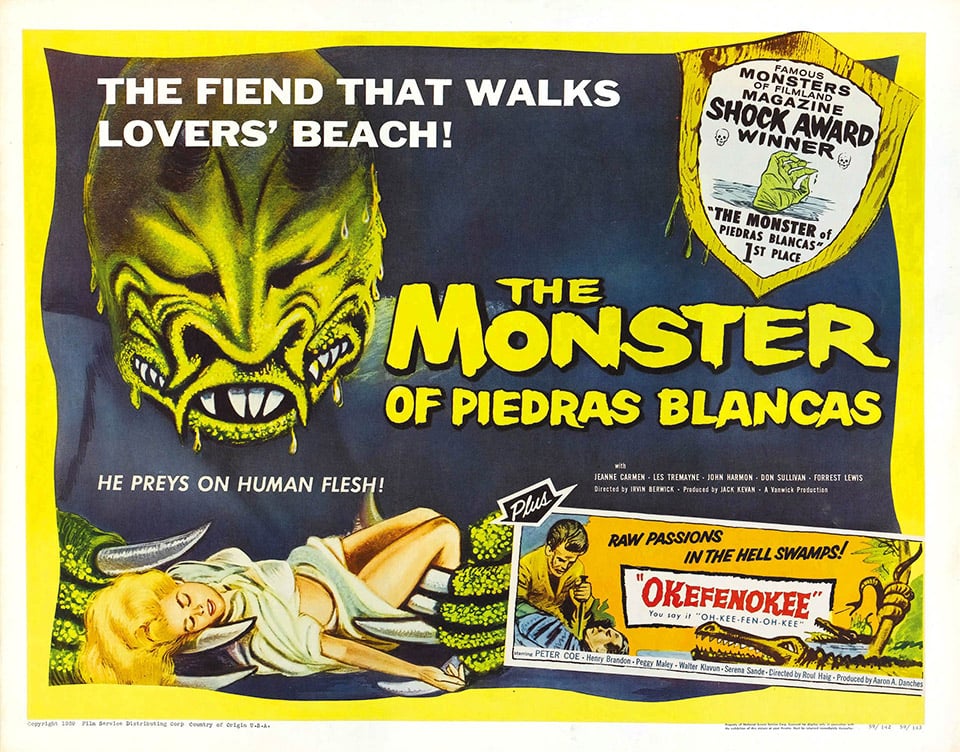 The 1959 film, Monster of Piedras Blancas, was a poorly received film that tried to ride the coattails of the success of Creature from the Black Lagoon. Sadly,  Monster of Piedras Blancas is not yet available on DVD via Amazon or Netflix streaming (you can purchase it on VHS, but we’ll wait for the Rifftrax edition. You can also get the movie poster which, frankly, is pretty awesome).

Now, the the small town of Cayucos, California, where the film was made, has resurrected the legacy of the film as a fundraiser for the Cayucos School Foundation. Thanks to this fundraiser, you can now get your own DVD copy of the film for just a $10 donation. And for a $15 donation will land you a prize bonanza featuring a movie poster, an original script and much, much more!

Here’s how the film is described: “This modern fairy tale, set in the sleepy beach town of Cayucos, pays homage to the original 1959 movie, “The Monster of Piedras Blancas,” filmed entirely in this very town. Shot using local and mostly amateur talent, both onscreen and off, “The Redemption of the Monster of Piedras Blancas” is a funny, heartwarming story with a comical look at the natives of both land and sea. Following the adventures of young surfer girl, Bella, and her little dog, Lighthouse, venturing out for a day of surfing, not having any luck finding her surfing guru and chaperone, old man, Cass, she determinedly sets out for her secret surfing spot with her ever vigilant Lighthouse, riding shotgun in a wagon behind her bicycle rig, not heeding her mother’s directive of never surfing alone. When Cass shows up at Bella’s house, having overslept, the race is on to find Bella, who after surviving a huge rogue wave, wakes up in a monster’s cave, only to realize that he is the infamous Monster of Piedras Blancas, and has saved her life, has changed his monstrous ways, proudly having gone “green,” and entertaining a stunned Bella, with his rap and cuisine, expounding on his newfound awareness and importance of not eating your friends, or the neighborhood kitties! Awakening on the beach, surrounded by family and friends, she desperately tries to convince them all of her adventures with the now redeemed Monster of Piedras Blancas.” 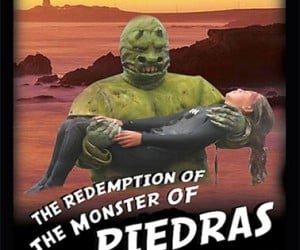 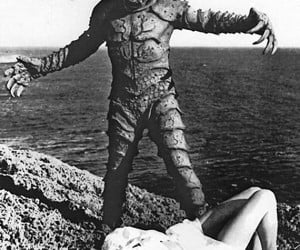 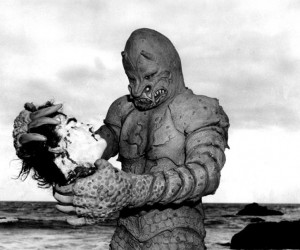 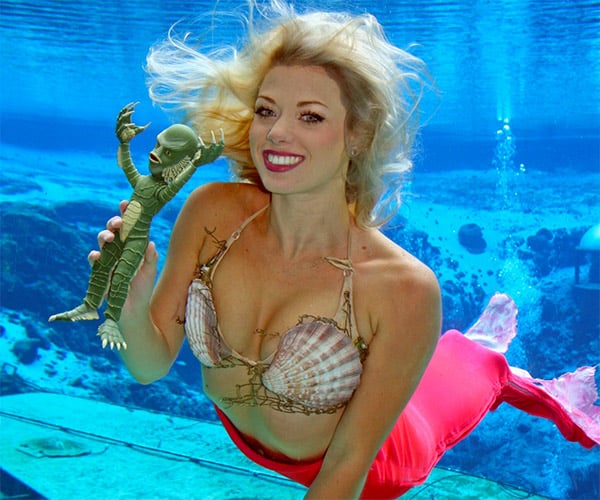 Creature from the Black Lagoon Frolicks with Mermaids 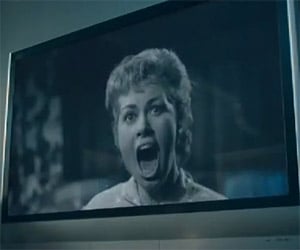 The Monster of Piedras Blancas Makes a Cameo
« Previous
Next »
Advertisement