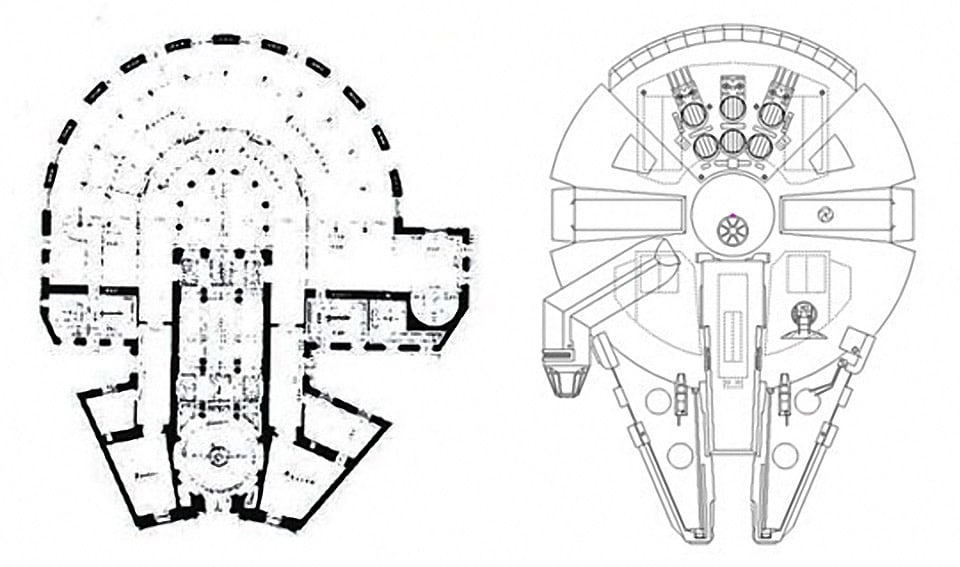 In 1880, Austrian architect Otto Wagner came up with a design for the central offices of the Vienna Giro und Kassenverein competition that looks suspiciously like the plans for the Millennium Falcon. Star Wars prop designer Ralph McQuarrie says that the Millennium Falcon’s design was based on a “half-eaten hamburger next to an olive on a toothpick held by George Lucas.” But if we compare the Millennium Falcon’s design to that of Otto Wagner’s, we can see they both share the semicircular main area with a distinctive off-center cockpit. Coincidence, or was McQuarrie a fan of old architectural texts?

Although Wagner’s design was never built, he did adapt the plan for the Landerbank, pictured below. 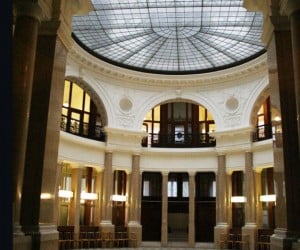