The Five Dwarf Planets in Our Solar System 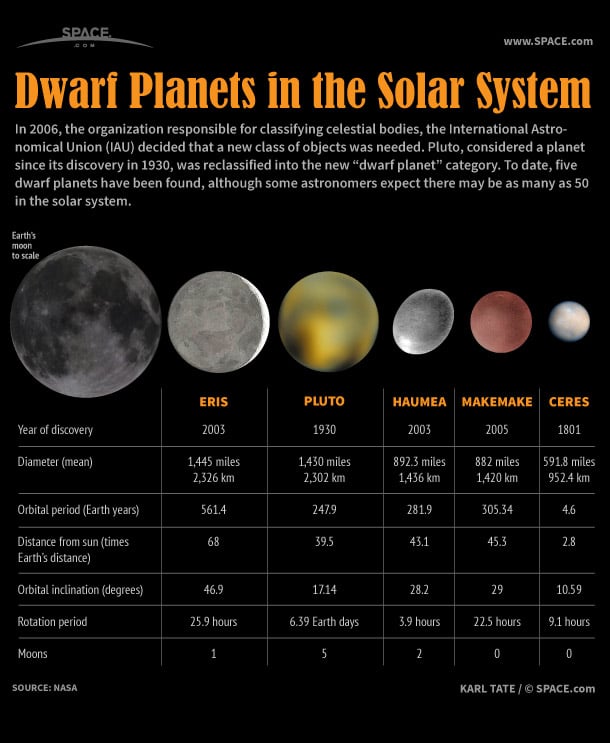 We recently posted a video from Universe Today publisher Fraser Cain making it clear that there are 8 planets and 5 dwarf planets (including the forlorn Pluto) in our solar system. Space.com has some additional information regarding those five dwarf planets as classified by the International Astronomical Union in 2006.

The five dwarf planets are:

Visit the Space.com site for more information on the five known dwarf planets.

Thumbnail graphic courtesy of RedBubble. Get a t-shirt, poster or other item featuring this graphic here.