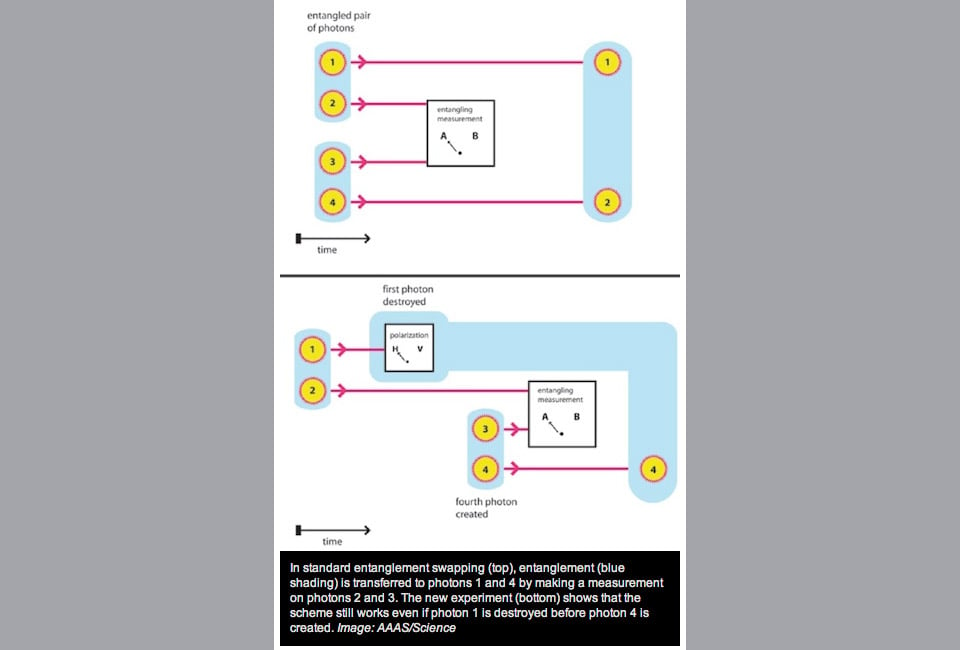 Physicists have known for some time that there exists a subtle connection between quantum particles known as “entanglement,” which results in one particle’s state can be altered by measuring another particle; even if the two particles are separated by great distances — even by light years. Now, it seems that Eli Megidish, Hagai Eisenberg, and their colleagues at the Hebrew University of Jerusalem in Israel have shown that entanglement can occur across two photons that don’t even exist at the same moment. According to Jeremy O’Brien of the University of Bristol in the United Kingdom, such time-separated entanglement is predicted by standard quantum theory, but, as he says, “it’s certainly not widely appreciated, and I don’t know if it’s been clearly articulated before.”

For a full explanation of the science behind quantum entanglement and this time-separated entanglement, we suggest you refer to the Science article, which explains it far better than we ever could. Quantum entanglement may one day lead to advanced communications over great distances and may further development of quantum computers. No word as yet whether the physicists have been able to use it to play Crysis.