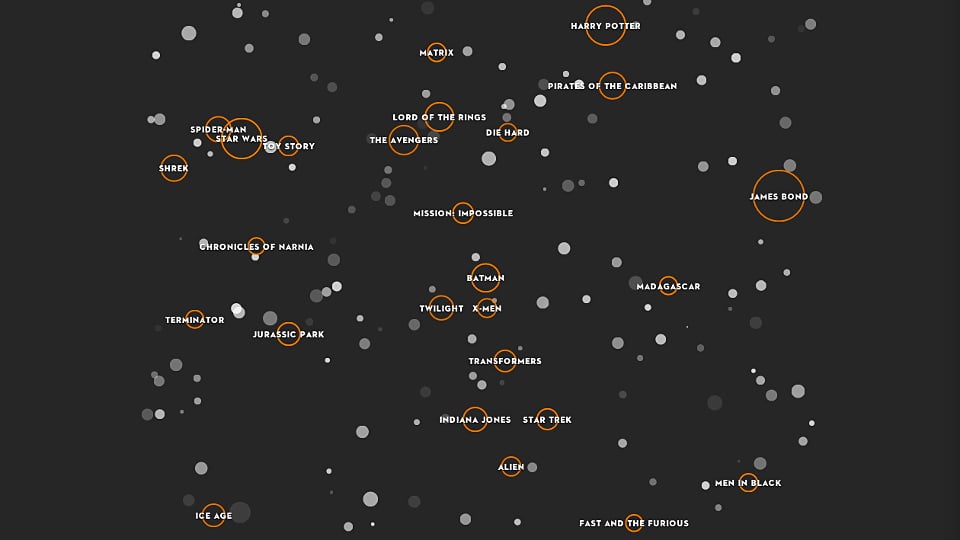 The New Yorker has an interactive infographic displaying various major movie franchises, including Harry Potter, Batman, Indiana Jones, Jurassic Park and Star Wars, among many others, in a visual format that can be likened to galaxies in space. Rearrange and rank the franchises by a variety of factors: profitability, per-move gross revenue, or franchise gross revenue (numbers adjusted for inflation). Hover over the franchise of interest and you can see the specific numbers behind its ranking. It’s an interesting infographic and is fun to compare franchises. Also: George Lucas must have a giant pile of money!