The IMAX launch of Star Trek Into Darkness included a giveaway of a FANFIX print for the first people through the door. Now, the second version of the print has been made by artist Mark Englert and IMAX talked to Englert about the process he went through creating the new version. He began creating the sketch before he even saw how the Enterprise would be depicted on film. As he moved forward, he based the changes and final version on the information available in the film trailers.

Check out the full story for additional pictures and more details. 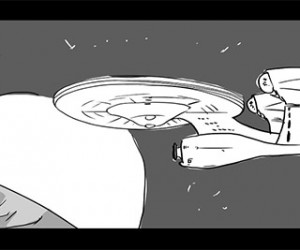 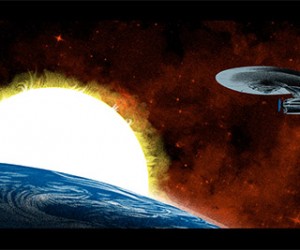 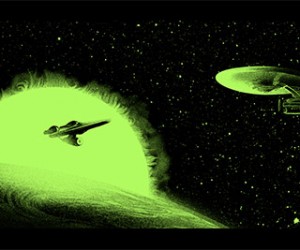