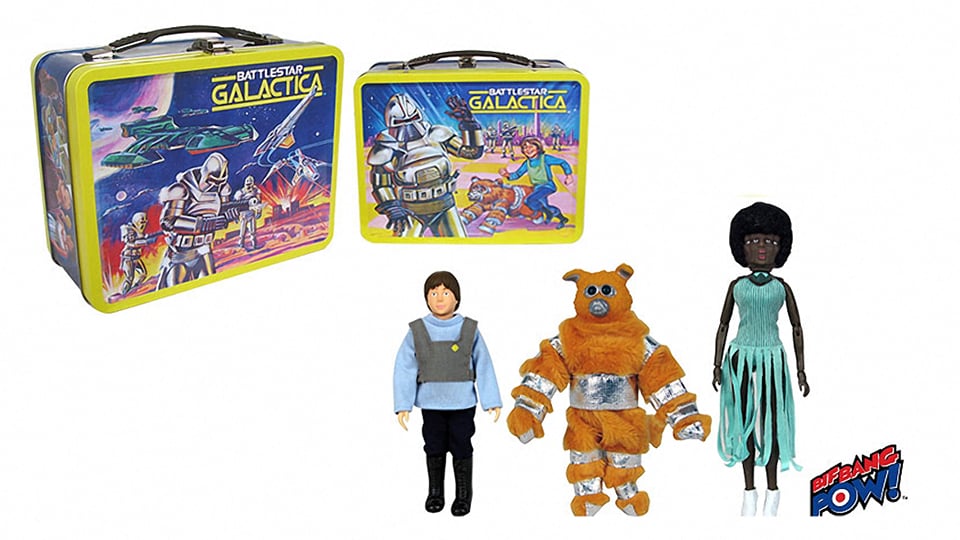 The limited edition tote comes with scale figures of Boxey, Muffit, and a Tucana Singer, each with multiple points of articulation, episode-specific fabric clothing, and a retro style.