Toys “R” Us Celebrates 50 Years of Doctor Who 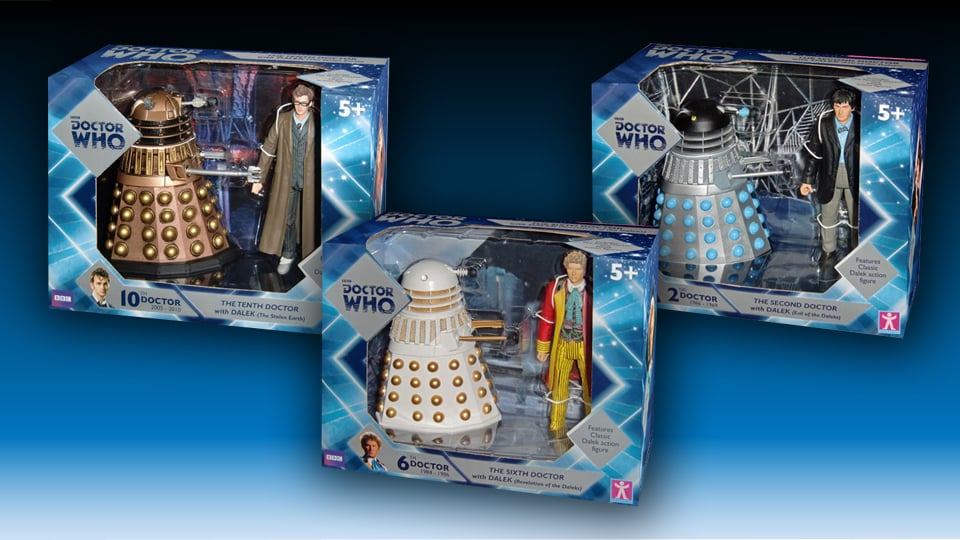 Toys “R” Us UK has announced the release of a series of Doctor Who action figures, each of which includes an evil Dalek from the same era. At this point, they have released three of the figures, each of which is available for pre-order and scheduled for release on June 7. Each twin pack contains a posable, 5″ Doctor and a free-wheeling Dalek that features a moveable eye stalk and gun arm. 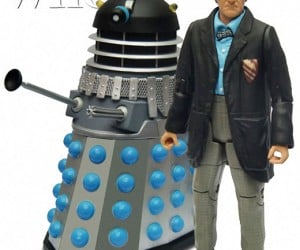 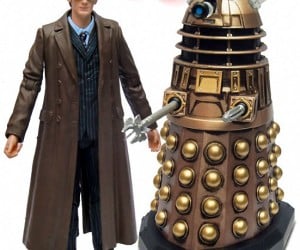 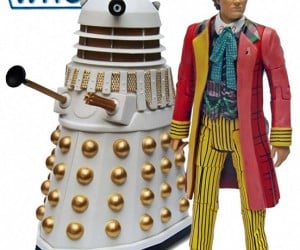